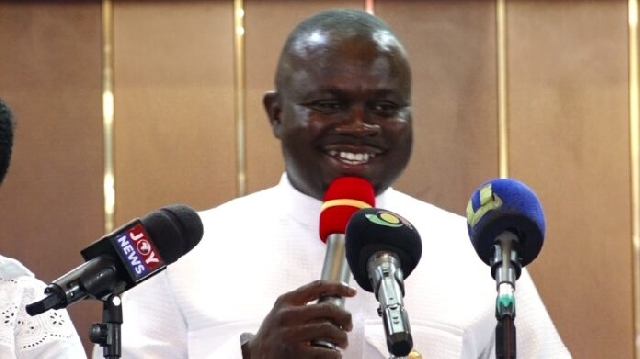 It was all joy, excitement and praises for the Almighty God yesterday at the Church of Pentecost–Alajo Central Assembly as the new President of the Ghana Journalists Association (GJA), Albert Kwabena Dwumfour, together with his executives appeared in all-white apparel to thank God for granting them victory in the Association’s recent elections.

The service was attended by dignitaries including the Chairman of the Church of Pentecost, Apostle Eric Nyamekye, Chief of Alajo, Nii Arma Ajor II, Director-General of the Economic and Organized Crime Office (EOCO), Maame Yaa Tiwaa Addo-Danquah amongst others.

Congratulating the President and his executives, the Chairman of the Church of Pentecost, Apostle Eric Nyamekye, tasked the New Leadership to work hard and put God first to change the state of journalism in the country.

He called for unity and promised that this God-fearing administration will change the face of Journalism in the country and also seek the welfare of journalists.

Mr. Dwumfour and his team gave a Thanksgiving offering of GHC10,000 for giving them victory.

The Director-General of the Economic and Organized Crime Office (EOCO), Maame Yaa Tiwaa Addo-Danquah, urged journalists to support the current administration for Change.