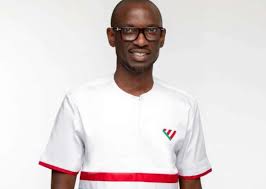 Read write-up by Chief Crusader of Crusaders Against Corruption Ghana (CACG) on intellectual dishonesty arguments advanced on controversial E-levy Bill to be re-laid before Ghana’s Parliament:

I have heard a lot of people who, because of partisanship, have decided to mislead the public and even themselves.

I have heard the House Negros making an argument to the effect that developed countries have taxes on almost all activities and that is why we as a country need to accept the E-Levy.

Anyone who makes this argument is not just dishonest, but a bit mischievous.

Firstly they fail to tell you and me that these countries have very good social amenities. The citizens do enjoy good facilities and good infrastructure.
Their policies are working over there and their education system at all level is good. Their health systems are the best causing our leaders to shamefully travel overseas for treatments.
There is accountability and rule of law.

_Unemployment_
Let’s talk about unemployment rates in these countries as compared to Ghana.

U.S A. unemployment rate is down by 2.4% points, and the number of unemployed persons declined by 3.7 million.

U.K. unemployment fell to 4.1% in December 2021, down from 4.2% in the previous month (reference can be made to a data published on Tuesday by the Office for National Statistics 2022).

Adjusted for seasonal factors in Switzerland, the unemployment rate inched lower to 2.4% in December from 2.5% in November.

Minimum wage in UK for workers is £7.83 per hour

Singapores minimum salary is $1,400 a month for full-timers and $9 an hour for part-timers.
(Reference is made to International Currency)

Comparatively, Ghana’s minimum wage as at last year was U.S. $2.07.

The House Negros will surely fail to tell you this.

Even with the above, you will still hear them saying that it is because these countries pay taxes.

Well, undoubtedly they pay tax but lets not forget that these countries don’t even have half of the natural resources we have as a country called Ghana.

Again, what they fail to realise is that Ghana’s problem is not non payments of taxes.
Our issue is Mismanagement of PublicFunds, Weak Systems and Institutions, Lack of Accountability, Corruption and Greed.

Let us say no to E-Levy and change the conversation to Prudent management of public Funds.