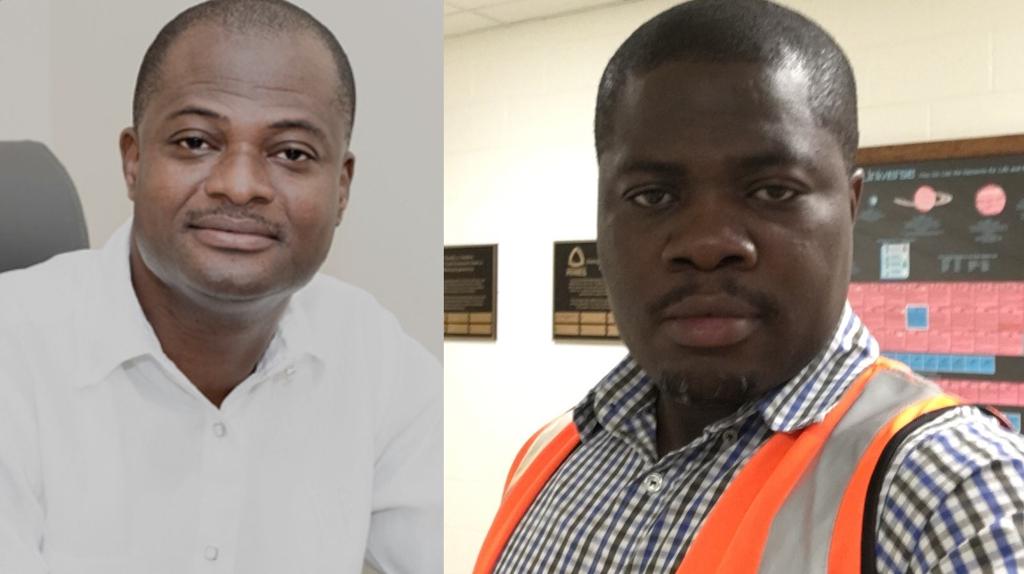 I write with utmost respect to advise Professor Raymond Atuguba to avoid certain comments during his public lectures, concerning the electronic transaction levy (e-levy) matter. He should be bold to admonish the government to manage the country’s natural resources effectively and also spend the taxpayers’ money wisely. I had a shock of my life when I read the e-levy statements from the document concerning the public lecture he delivered at the Erata Hotel in Accra under the auspices of SOLIDAIRE Ghana Governance Forum on Monday February 28, 2022. In my opinion, Raymond should revise his notes and come up with better comments on the e-levy. It is an undeniable fact that Ghana’s economy has been mismanaged and I think it’s about time we speak truth to power and save future generations.

Instead of endorsing the passage of the cruel e-levy, Atuguba should have used the opportunity to offer professional guidance to the government to help seal the financial leakages in the system and also advise the President to spend public funds carefully, rather than renting private jet with huge sums of money to waste state resources. Dr. Raymond Atuguba was trained in Law at the Ivy-League Harvard University, USA and Mr. Ken Ofori Atta was also trained in Finance at the Ivy-League Yale University, USA. I was trained in Mining Engineering and Mineral Economics at the Elite Colorado School of Mines, USA which is the world’s number one (#1) Mining University. Regardless of the fact that I am not a finance person, my subsequent explanation in this publication is aimed at disputing the fabrications from Raymond and Ken that the E-Levy is the only alternative to bolster Ghana’s economy, after Ken Ofori Atta has mismanaged the country’s finances through his wanton borrowing with little to display.

Firstly, in his speech, Prof supported the passage of the e-levy and said, “we should pass the darn, farafucken E-Levy Bill immediately and effectively to prevent the collapse of the economy.” Again, he continued by stating that Ghanaians have no choice but to pass the e-levy. It would have been better if he had disclosed the analysis he conducted to justify his statements. In my opinion, his declarations were just calculated strategies to mislead Ghanaians, in favour of the government to accept this wicked and devilish financial approach, aimed at pickpocketing from the good people of Ghana. He should have developed other possible and acceptable tax revenue strategies to educate the government on what to do next in its efforts to sustain the economy.

I would like to remind Raymond that the e-levy policy is expected to generate an approximate annual revenue of GHS 6.0 billion, which is about US$ 885 million with the 1.5% tax on electronic transactions. However, is Atuguba aware that the nation currently has GHS 52.5 billion or US$ 7.75 billion sitting in an unknown account (Refer to 2020 auditor’s report on Ghana Commercial Bank)? Again, is he aware that GHS 12.8 billion or US$ 1.89 billion was missing in 2020, according to the Auditor-General’s report? I urgently and fervently encourage any Ghanaian with economic management expertise to educate the government on other legitimate revenue mobilization alternatives, instead of the e-levy which will worsen the hardships that Ghanaians are already experiencing.

Retrieving the supposed misplaced money from individuals and sealing financial leakages in the system should be the immediate step taken to regenerate money to the government’s coffers and help stimulate the economy. Let all Ghanaians ask the Finance Minister, Mr. Ken Ofori Atta about how such huge sums of money worth GHS 52.5 billion could be allegedly transferred to an “unknown account”. Does it mean the account didn’t exist? Does it mean the money was paid to a bank account without details? How was the money transferred then? I am not sure if Yale University Graduates have developed ways to transfer money to a bank account without name and account number. The Parliament of Ghana should summon Mr. Ken Ofori Atta immediately to explain this miraculous banking transaction to all Ghanaians, if it is true. Why do we allow him to get away with this impunity?

Prof. Atuguba in his delivery said, “we must ensure that the government does not run to the IMF for a bailout”, when he was quoting and underpinning the Finance Minister’s statements that “We are a proud nation. We have the resources. We have the capacity. We are not people of short sight.” Yes, I agree with him on all these but the big question is; why can’t the government effectively manage our enviable natural resources to improve revenue generation that can lead to economic sustainability? Does Prof. Atuguba realize that mismanagement and bad leadership are the main causes of the economic mess in the country? Is Prof aware that the government is reluctant to render accountability on the COVID 19 funds worth billions of United States dollars? How do we practice democracy if public servants refuse to be accountable?

May I ask if Atuguba can prove to Ghanaians and justify that the e-levy will be appropriately used and not be mismanaged like the various financial infractions we have witnessed under this same government. Ghana is blessed with abundant natural resources, including oil & gas, gold, diamond, bauxite, manganese, lithium, etc. Again, the country exports cocoa, coffee, cashew, rosewood, timber, among others. This is a clear indication that “yete sika so” (Ghanaians sit on money), as Nana Akufo Addo declared before he gained power to become the President. How many countries across the world are blessed with these immense natural resources, yet the intelligent, patriotic and foresighted leaders manage their economies without partaking in IMF bailouts. Honestly, the e-levy will pamper the government to continue with its lazy approach without scouting for smart ways of generating revenue to build the economy.

Tax revenue from small-scale mining alone can sponsor the Free SHS which costs about GHS 1.4 billion yearly, according to the Finance Ministry. The revenue can be close to US$ 1.0 billion or GHS 6.5 billion, if the sector is properly formalized to minimize the associated water pollution, land degradation and be managed effectively to employ about one million Ghanaian youth. Also, there are over 10,000 foreigners, especially Chinese nationals who are operating illegal mining in Ghana without paying taxes. We all recall that a Chinese lady was arrested at the Kotoka International Airport on US$ 313 million money laundering deal in October 2019, according to online citinews.com and also published in Ghana’s renowned newspaper, Daily Graphic (https://citinewsroom.com/2019/10/chinese-woman-arrested-in-accra-over-us-313-million-money-laundering-deal/). If one person could gain this colossal amount of money from Ghana without paying taxes, can we imagine how much money the rest of the thousands of foreigners generate from the country without paying taxes?

On the large-scale mining operations in Ghana, Goldfields Ghana Ltd alone paid US$ 320 million, approximately GHS 2.2 billion in January 2022 for the 2021 financial year, according to online ghanaweb.com (https://www.ghanaweb.com/GhanaHomePage/business/Gold-Fields-pays-US-320-million-to-government-in-taxes-1456306) and other traditional newspaper publications in Ghana. There are more than fifteen (15) large-scale mining companies in Ghana, using surface and underground methods to extract minerals. Additionally, there are various contractors and sub-contractors working in the mining companies across the country who pay corporate and employee taxes. In all, the government can potentially generate over US$ 1.5 billion, approximately GHS 10 billion from 2021 large-scale mining tax revenue to be paid in 2022 alone. Is this not even more than the anticipated GHS 6 billion pickpocketing e-levy? Ghanaians can guess how much this government alone has received from mining taxes since 2017. Where is the money? This is just mining so I will beseech Ghanaian professionals in the other sectors of the economy to also conduct voluntary research to identify areas we can improve to sustain the economy.

Conspicuously, my preliminary findings through detailed investigations have disclosed that the Finance Minister, Mr. Ken Ofori Atta has never disclosed the exact revenue from mining operations in any of his budgets since he assumed office in 2017. Meanwhile, he has been detailing oil/petroleum tax revenues and even been displaying the yearly expenditures. For example, in the 2020 Financial Budget, pages 20, 31, 32, 36, 37 and 40 highlighted the tax revenues and expenditures during the 2019 year. It included oil and gas but no amount was written for mining and quarrying. I challenge the Finance Minister to come out and dispute this fact. All Ghanaians should ask him to explain where this huge money was reported to. Furthermore, Ghanaians were promised that this government would move the economy from taxation to production, hence I would like to find out if e-levy is part of taxation or production? Did the NPP government campaign in that direction purposely to deceive Ghanaians and win votes?

Combating corruption to minimize financial malfeasance is a critical area that the government should monitor effectively. It can help in protecting the public purse and generate more revenue to the nation’s coffers. The country has lost money through the PDS deal, Ameri deal, PPA deal, Banking Sector Fraud, Galamsey Missing Excavators, Missing Gold, among others. Again, the government can put strategic measures in place to include the informal sector business owners and employees who do not currently pay taxes to the ambit of taxation. How many carpenters, fitters, tailors, tilers, masons, etc., pay taxes in Ghana? At least, they can be included in the tax bracket at a reduced rate. Likewise, it is an open secret that lots of lawyers and business owners, especially those in the oil and gas industry evade taxes in the country. The government should develop ways of widening the tax bracket and avoid overtaxing the few people who already pay.

I would like to remind Prof. Raymond Atuguba and the government about a quote from an American Governor, Bobby Jindal in 2015, “Higher taxes still does not create prosperity for all. And, government still does not grow jobs.” Adding the e-levy to the existing taxes may collapse small businesses and aggravate the already alarming rate of unemployment in the country. Reducing tax rates can incentivize the private sector to create more jobs, boost investment drive and likely increase GDP over the long term. I will therefore use this opportunity to commend the minority caucus in Parliament for fighting relentlessly to challenge the unpopular e-levy policy in the interest of all Ghanaians, both home and abroad. It is my prayer that they do not succumb to any pressure from anybody, including Ex-President Kufuor, Ex-President Mahama, President Akufo Addo, The Clergy, The Chiefs, etc. Their efforts will save the good people of Ghana from potentially untold sufferings.

Ghanaians are expecting highly educated people like Professor Raymond Atuguba to use such public lecture platforms to counsel the Executive Body of government, led by President Akufo Addo to rethink the economic policies, fix their mess and put the economy back on track without focusing on the needless e-levy. They should listen to the pleas of the people and abolish the draconian e-tax. God bless our homeland Ghana!!