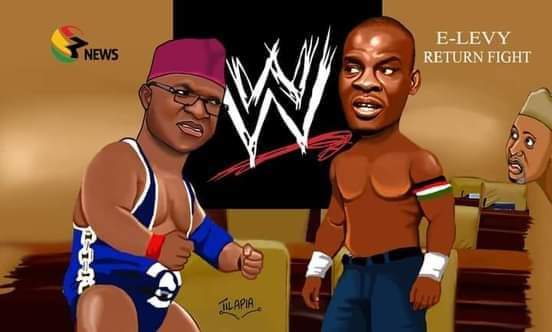 It has emerged that controversial e-levy bill is missing on the business agenda for parliament today upon resumption of Ghana’s 275 MPs after Christmas and New Year holidays.

African Editors’ sources have confirmed that the e-levy is missing on the order papper for parliament today because government led by Majority intends to deepen consultation with stakeholders to reach consensus on the bill before it is tabled for debates on the floor.

The third meeting of the 8th Parliament will see the passage of Bills and agreements, including the controversial E-Levy and Proper Human Rights and Ghanaian Family Values Bills.

Ahead of today’s meeting, the Speaker of Parliament, Alban Bagbin, urged the two sides of the House to discuss more to reach a consensus on issues.

“This is an imperative imposed on us by the people of Ghana. We have no choice,” Mr. Bagbin said.

Parliament was compelled to adjourn its sitting to January 25, 2022, without passing the controversial Electronic Transaction Levy of 1.75%.

It came after the house reconvened on December 21, 2021, following the abrupt suspension of sittings by the Second Deputy Speaker, Andrews Asiamah, after a fight broke out during the voting on the levy.

Last week, the government said it will re-submit the Bill to Parliament, following the conclusion of extensive consultations on the controversial levy.

Ahead of the resubmission, some members of the Minority have already threatened to kick against the bill, but Mr. Kyei-Mensah-Bonsu, has challenged their threat, insisting that the Bill has already been approved and just needs backing legislation.

2021 ended in chaos for Parliament when a brawl broke out during a late-night session to consider passing the Electronic Transaction Levy under a certificate of urgency.

The chaos started after NDC MPs tried to prevent Deputy Speaker Osei-Owusu from leaving his seat to vote after weeks of debate over whether he still retained his vote as the MP for Bekwai when sitting in for the Speaker of Parliament.

Meanwhile, Minority has served notice that they will vehemently oppose the e-levy bill.