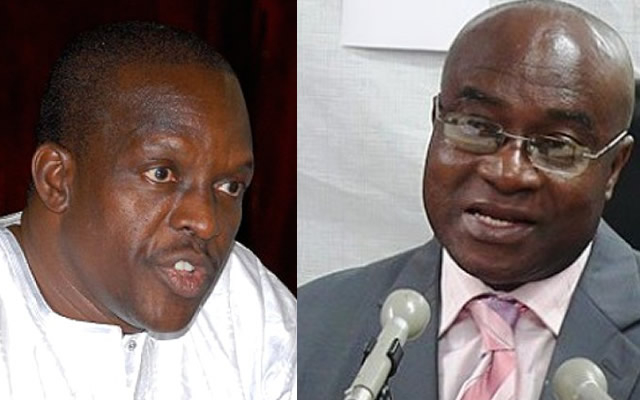 E-levy: Stop blaming me for your failures- Bagbin to NPP MPs

Speaker of Parliament Rt. Hon. Alban S.K Bagbin has asked the Majority in Parliament to engage in dialogue and build consensus with the minority in order to avoid rancour and acrimony that characterized proceedings of parliament.

Majority led by Osei-Kyei-Mensah Bonsu has gone to town blaming Speaker Bagbin for their failure to pass the controversial E-Levy before the Lawmaking house rose for Christmas.

But speaking at the Commonwealth Parliamentary Association workshop Bagbin insists the decision by both sides to marshall their numbers instead of reaching a consensus was to blame for the acrimony which resulted in a brawl and not the actions of he the speaker.

He, however, assured he will apply the rules without fear or favour as the House reconvenes on Tuesday, January 25.

“The only way is to get the two sides to consult and to dialogue with each other, to cooperate, to compromise, to collaborate to achieve consensus, this is an imperative imposed on us political leaders by the people of Ghana, we have no choice.

“So when the other side fails to gather their number and a decision doesn’t favour them, the Speaker cannot be the cause…I am not a member of parliament in Ghana”.