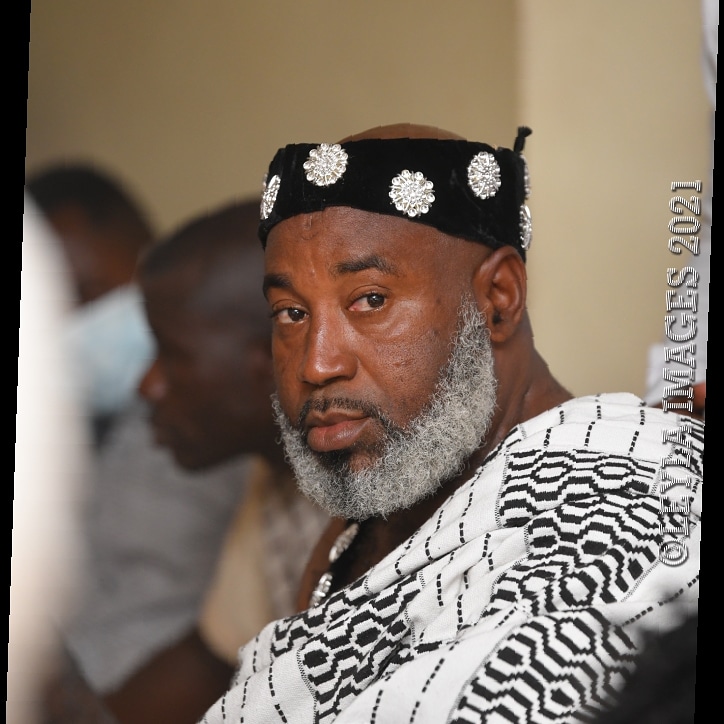 According to the chiefs, they realized that all the successive governments have failed to pay the needed attention to the deplorable nature of all the three (3) major economic roads in the Asagyauman District namely the Marine through Gyekiti to Anyaase and the stretch from Osebeng through Anum-Boso, hence their decision to hit the street.

“The Anum-Boso road links the Asikuma and Peki junctions to Anum, Boso, … we realized that the Bitumen on the road from Osebeng,” they said and descended heavily on President Nana Addo Dankwa Akuffo-Addo to come to the aid of these communities to fix their roads.

Speaking in an interview with African Editors, the Krontiehene of Nanyor Boso Gua, Nana Owusu Sakyi IV called on the government to come to aid of the people of the communities to fix their roads and attested to the fact that, the government did not recognize us as citizens of these communities.

“Where exactly is this on the Osebeng, Anum-Boso road. I have said this on countless occasion that this road construction will remain as it is today if we the people of Anum-Boso do not rise and advocate for our fare share of the national cake.

“History about this road construction started in 2007, about 15 years down the lane what do we see. The fact is we are our own problem because we love our political colours than the welfare of our own people,” Nana Owusu Sakyi IV fired salvos.

According to the chief, “since 2020 that this road was graded, what has been the progress made, but some one will stop you from advocating for your Constitutional rights all in the name of we have some people in government who does not even think of the development of their community.

He noted that “Because of him don’t advocate, don’t talk about the priority of the ordinary people in order not to make the party unpopular. Because of your selfish interest these dust should continue killing us?

“The youth of this area must rise to claim our birth right, Nananom shouldn’t be left out. If not contractors will only commence work on election years,” the chief stressed.