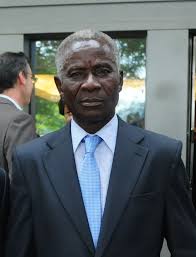 Former Chief of Defence Staff of the Ghana Armed Forces, Brigadier General Nunoo-Mensah has charged President Akufo-Akufo to immediately address socioeconomic issues facing the country because the alarming youth unemployment has has the tendency of causing security threats.

A far-large number of youth thronged into the El-Walk Stadium in Accra for ongoing military recruitment as compared to past recruitments, typical of what Brigadier Nunoo-Mensah attributed to agenda of jobless graduates to fix hardships, poverty at all costs rather than patriotic desire to serve Ghana.

Speaking in an interview monitored by African Editors on Tuesday 19 July 2021, Brigadier General Nunoo-Mensah said “We are getting shoddy soldiers and police and we are seeing it today”.

He noted that “In our time, going to the military was a patriotic duty to serve but what I see now is people who are facing hardship, poverty and can do anything to fix their problems. Government is racing against time to fix the burning issues confronting the youth. It’s a security threats”.

In view of the recent development,Security Experts have questioned the modus operandi in which applicants are selected into this Service taking into account Wa- Military brouhaha currently under scrutiny by Parliamentary Select Committee on Defence and Interior, Ejura- shootings incident also on the tables of George Koomson Committee with other related issues. Mr. Nunoo-  Mensah revealed that this occurrence is “politically motivated “.

However, He has pressed the need for government to address this issue since it can prompt youth into Terrorism.