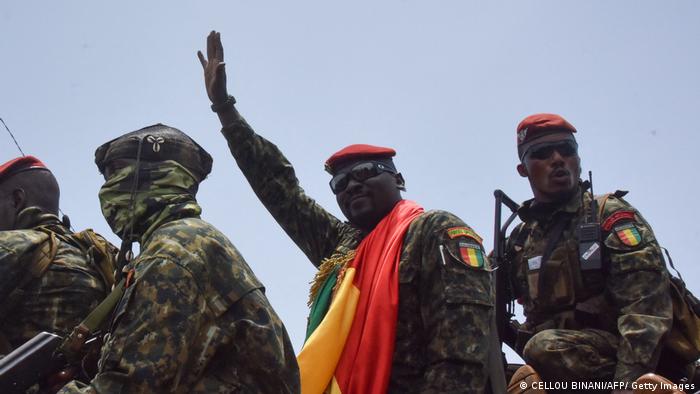 Ghana Police Service (GPS)  is set to deploy 100 officers to manage traffic on ceremonial roads within the capital Accra ahead of ECOWAS Extraordinary Summit slated for Thursday 16 September, 2021.

This was disclosed by the Director of Public Affairs of Ghana Police Service ASP. Alexander Obeng at a press conference Wednesday.

13 ECOWAS Authority of Heads of States and Government including representatives are expected to table over military junta in Mali, Guinea and how to find lasting remedy for the two Francophone ECOWAS member states.

It is important to anchor the point that until his overthrow, Lt. Col. Dambouya was Prof. Alpha Conde’s great confidant, an officer he promoted from lower to higher rank within a short period and put in-charge of elite military force he solely set up to secure his controversial third tern bid.

He has since released over 80 prisoners unjustifiably put in custody by ousted President Alpha Conde and lacing his boots to set free 711 in all.

He has closed sea, land, air borders and ordered government’s officials to return cars belonging to the state to presidential pool at People’s Palace.

ECOWAS at its meeting presided by Chairman of ECOWAS Authority of Heads of States and Government H.E Akufo-Addo has suspended Guinea from the block, demanded immediate release of Prof. Alpha Conde and return to constitutional rule.

But, ECOWAS has been accused by Security and International Relations Experts of sleeping unconcerned and folding their hands after Prof. Alpha Conde controversially changed Guinea’s 10-year constitutional threshold due to his inordinate desire to secure third term and continue to entrench himself in the corridors of power.

Ms Ayorkor Botchey noted that discussion are far-reaching to set in motion transition that will lead to the release of Prof. Alpha Conde from detention and civilian transfer of power from military in Guinea.