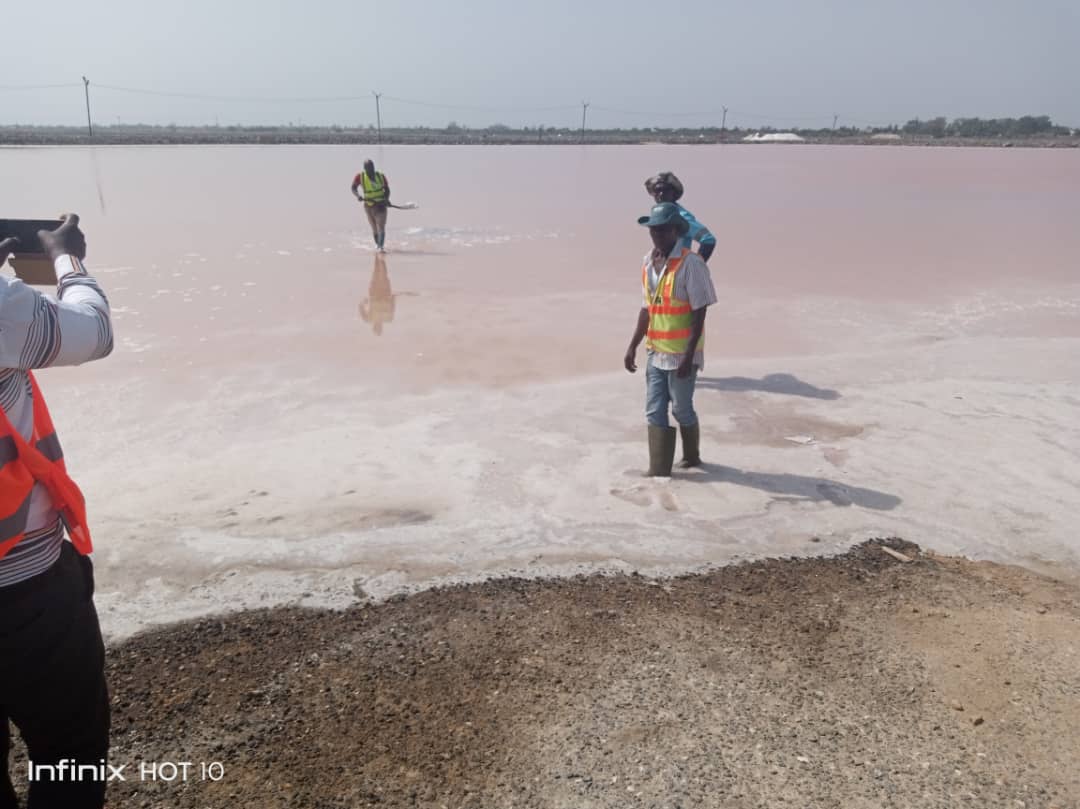 Electrochem Ghana Limited, a subsidiary of McDan Group of Companies has taken the initiative as one of its Corporate Social Responsibility (CSR) to renovate the abandoned Songor salt project at a cost of $51 million at Ada in the Greater Accra Region.

But over the years, company has also undertaken many projects in the area such as provision of water, construction of road, scholarship for bright but needy youth, 20-seater toilets, skills training for youth with free start-up, support for entrepreneurship with interest-free loan, a new sports stadium, healthcare facilities, schools among others.

Speaking with journalists during tour at the renovated Songor salt project site, the Lead Consultant of the Company, Dzigbordi Kwaku-Dosoo disclosed that for the past 40-years the project was abandoned and the site was turned into a dumping ground with all kinds of liquid and solid waste.

She said, but with swift intervention and measures taken by the company, the building was renovated and transformed through massive dredging and desilting with earth moving equipments as 58 of the project pans were brought back to effective and efficient use by management and site engineers.

According to her, the mining concession covers close to 41,000 acres of land and the largest in the West Africa sub-region, stating that, the company have a workforce of over 2,000 staff with good salary, good conditions of service and other incentives.

“Songor lagoon salt from research have proven to be the finest in the world as a result of its strategic location which lies below the sea level since it requires all the necessary natural materials to produce unique salt for human and commercial purposes”, she stressed.

She added that the catchment area has been declared as a Ramser site by UNESCO due to its biosphere reserves.

Miss Kwaku-Dosoo further said, the Songor salt project would likely be the hub of salt production in the world as the company is aiming at going global with the finest salt in the mining space as white gold.

Also, the Divisional Queen of Adibiawe, Naana Adiki Manyeyo Adi I expressed her profound gratitude to the Chiefs and the residents of Ada for their unflinching support towards the renovation of the project.

“we also expressed appreciation to residents of Ada for embracing the initial construction of the project geared towards as an alternative livelihood for the community before the company goes into full scale production”, she said.

She again commended the company’s effort in engaging all the 35 communities under their jurisdiction and cooperation before, during and after the engagement with the management of Electrochem, adding that, the company has performed creditably to the socio-economic development of Ada and its environs.