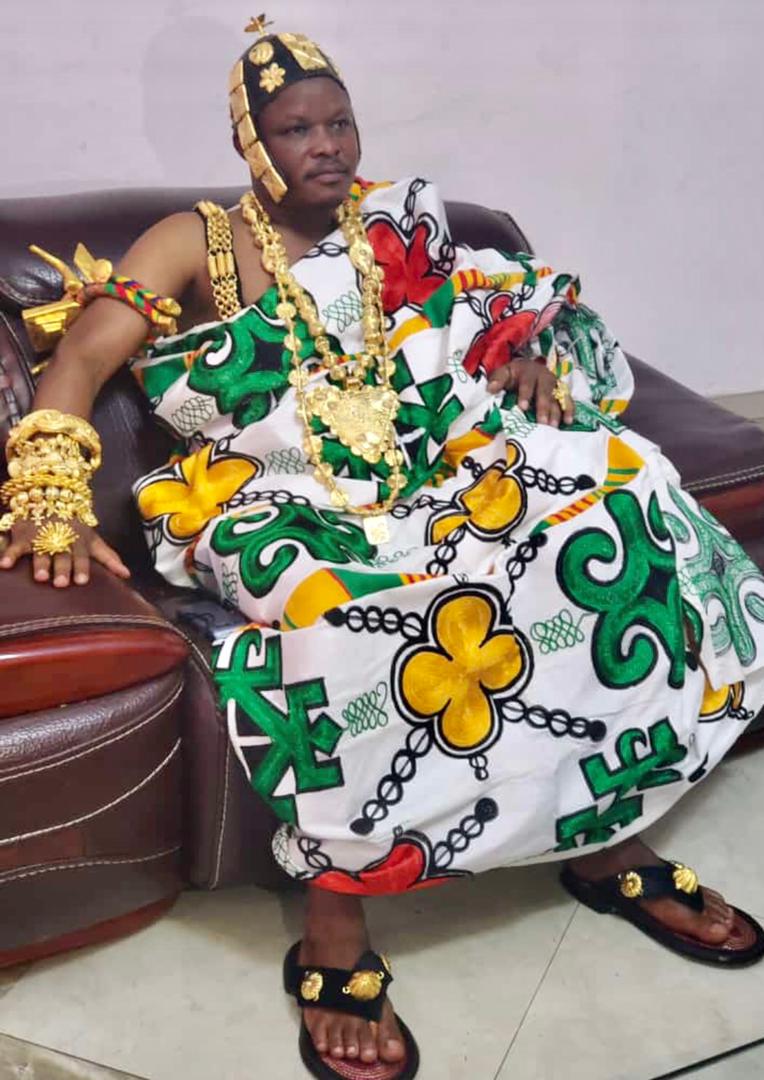 The traditional Ga food known as kpekpei or kpokpoi is made from steamed, fermented corn meal and palm oil, often with okra or smoked fish added, served with palm soup.

Speaking in an exclusive interview with the Development Chief of Amoaman in the Adjen Kotoku Nii Larmo I, reiterated to the fact that it is traditional for everyone in a family to dip into the same bowl or pot of kpekpei at the same time as a symbolic reminder of the fact that distinctions of age, rank, and gender are overlooked during the Homowo celebration.

According him, being a youth and a development chief he ensure compliance of the youth in Amoaman goes into skills trainings to enable them to be engaged rather than given them money each time.

In addition to being served at the family feast, kpekpei is sprinkled by Nii Okrumansa I went around residential areas and cemeteries as a tribute to the dead ancestors and as a way of symbolically “nourishing” them. In private homes.

After this ritual, the dancing, drumming, and hooting that lie at the heart of the Homowo celebration begin.

There is a theory that Homowo is rooted in the Jewish celebration of PASSOVER, and that kpekpei plays a role similar to that of matzoh or unleavened bread.

Nii Larmo I pointed out that the fact that the Ga often apply red or ochre clay to their doorposts during Homowo to keep evil spirits away, just as the Jews sprinkled blood on their doorways to keep the Angel of Death from harming their firstborn sons, would seem to support this theory.

The Ga regard all multiple births as a particularly blessed event. Because Homowo is a harvest celebration, twins and triplets, as a symbol of fertility, receive special treatment. After having white clay rubbed on their skin to emphasize their purity, young twins are given a special meal of eggs and yams. Their mothers ask the gods to bless these children and give thanks for the gift of their birth.

He urged the youth to ensure peace during and after Homowo Festival.