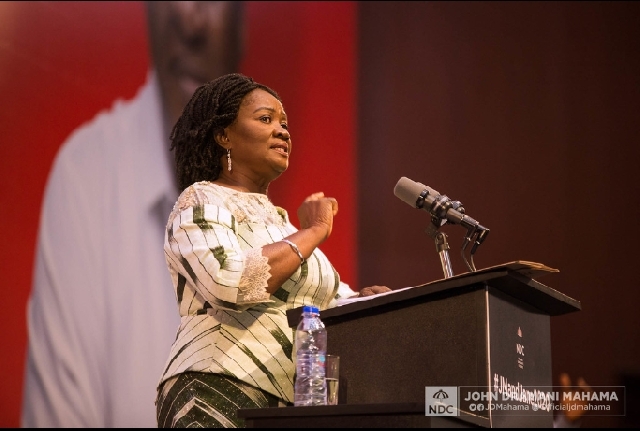 “Finance Minister Ken Ofori-Atta is one of those against the e-levy”, Prof Jane Naana Opoku-Agyemang has said.

In the reasoning of the 2020 vice-presidential candidate of the National Democratic Congress (NDC), a recent comment by President Nana Akufo-Addo’s cousin that there is no money means he is hostile to the e-levy, a proposed tax that has been in abeyance for the past three months due to the refusal of the Minority Caucus in the hung eighth parliament of the fourth republic, to play ball.

During one of the many town hall meetings being spearheaded by the Finance Ministry to sensitise Ghanaians to the initially proposed 1.75 per cent tax – which has now been reviewed to 1.5 per cent – Mr Ofori-Atta told the people of Wa in the Upper West Region on Monday, 21 February 2022: “I look at teachers and civil servants, for example, and I will be the first to admit that the salaries are indecent; nobody will argue with that”.

Commenting on Mr Ofori-Atta’s comments, Prof Opoku-Agyemang said at an event on Friday, 25 February 2022: “Alternatives have been proposed to replace the controversial e-levy”, quizzing: “If what the Minister of Finance is saying is true – and since he hasn’t denied it, I have no reason to doubt him that the government has no money – how can the poor citizens have money?”

“By his own admission, he [Ofori-Atta] has, unwittingly, joined those opposing the e-levy”, the former Education Minister argued.

“What we need is proper economic management,” Prof Opoku-Agyemang said.