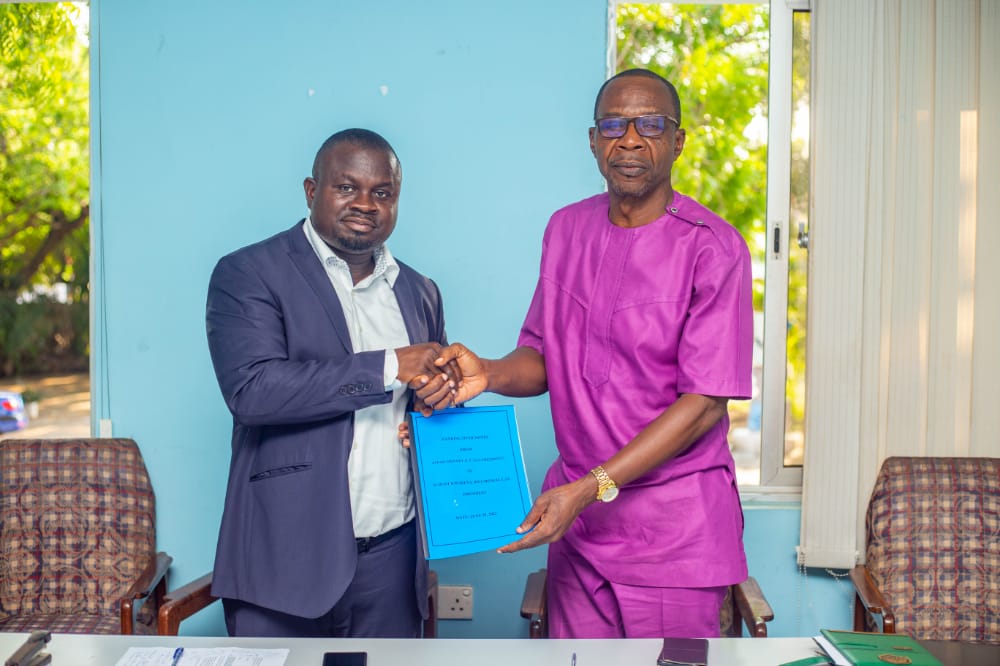 Ex-GJA Prez Affail Monney hands over to his successor Dwumfour

Mr. Monney could not attend the swearing-in ceremony of the newly elected GJA National Executive held at the Accra International Conference Centre on Thursday, June 30, 2022, at which ceremony the handing-over of office was scheduled. However, he discharged that transitional duty at a meeting with the new National Executive on Wednesday, July 6, 2022, at the Ghana International Press Centre, at the invitation of the latter.

“Sir, I am pleased to pass on the following information which might be of help to you and your administration,” the immediate-past president told his successor.
Mr Monney congratulated members of the National Executive on their election on June 24, 2022, and wished them well in the future endeavours.

Mr Dwumfour thanked his predecessor for his long years of service to the Association, indicating that the new leadership would continue to drink from his (Monney’s) fountain of wisdom, particularly on matters of the GJA. He said the new national executive would review the former president’s handing-over notes and revert to him on matters that needed clarity and/or further information.

Meanwhile, the National Executive has been monitoring media discussions and commentaries on the GJA Media Village Project and the failure to discharge the KOANS-sponsored three-bedroom house prize for the Journalist of the Year 2016 Kwame Sefa Kayi, and wishes to inform members and the general public that it will publicly address the issues very soon.
The National Executive takes the opportunity to wish all Muslims in Ghana, especially those in the inky fraternity, Barka da Sala, on the occasion of Eid-ul-Adha tomorrow, Saturday, July 9, 2022.

May Allah guide our steps and path towards a fresh lease of hope and vibrancy for the GJA, as the Association seeks to rediscover its glorious image, verve and influence.