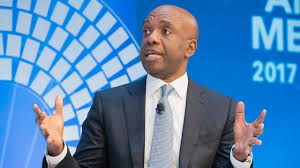 Strive Masiyiwa and James Manyika demonstrated that leadership is not a method but an attitude.

Bulawayo-The Gates Foundation, one of the world’s most powerful philanthropic organisations, has appointed Zimbabwean billionaire businessman Strive Masiyiwa to its Board of Trustees whilst Google Appoints Zimbabwean James Manyika, as First Senior Vice President of Technology and Society.

Masiyiwa and Manyika broke all the odds and demonstrated that success is in your determination. Success is not about your race but is rooted in establishing your purpose. When we speak of the nature of someone or something it has to do with what is natural to the person or thing. It expresses the concept of “inherent essence.” Every created thing possesses an innate nature. It is natural part of its existence.

Strive and James have rose above the plane of their mental conditioning. To change your life, you must change your mind. There is nothing more important than the source of your thoughts.

Manyika will be working on the impact of technology on society and the environment.

The news of his appointment was revealed by Sundar Pichai, Alphabet’s CEO. “I’m thrilled that James Manyika will be joining Google’s leadership team,” Pichai said in a statement.

“He’s spent decades working at the intersection of technology and society and has advised a number of businesses, academic institutions, and governments along the way.”

When your philosophy, beliefs, thoughts, and convictions are based on the way you were created to think, you will naturally rule over your environment and and fulfill your life’s purpose like Masiyiwa and Manyika.

The Bill and Melinda Gates Foundation, one of the world’s largest with its $50 billion endowment has been operating across the globe, focusing on health, gender and education. Over its 21 years of operation, the foundation has given out more than $60 billion in grants in areas like global public health and agriculture. It recently donated over $2 billion to combat the deadly Covid-19 pandemic and paid out $6.7 billion in 2021, the most ever in a single year.

Masyiwa, the founder of Econet Group and Liquid Intelligent Technologies, said in the statement that he’s worked with the foundation for 20 years, “beginning with efforts to improve agricultural production for more than 400 million smallholder farmers in Africa, to improving livelihoods for the poorest people across Africa and the world.”

The Zimbabwean billionaire who became the first black billionaire to enter the Sunday Times Rich List with a net worth of £1.087 billion last year, recently signed the Giving Pledge, a pledge created by Gates and Buffet to give away more than half of their wealth.

Strive Masiyiwa and James Manyika have demonstrated that leadership is not a method, a technique, or a science but an attitude.

Enos Denhere is a dedicated and ambitious journalist, Leadership Success Coach and Entrepreneur. Denhere welcomes opportunities from NGO, Business Forums and Leadership Summits. For his services you can reach him via email enosdenhere@gmail.com WhatsApp +263773894975
Follow me @ https://www.facebook.com/enosden
https://www.linkedin.com/in/enos-denhere-11293429/
Tweets by EnosDenhere
https://m.facebook.com/letstalkafricaforgood/