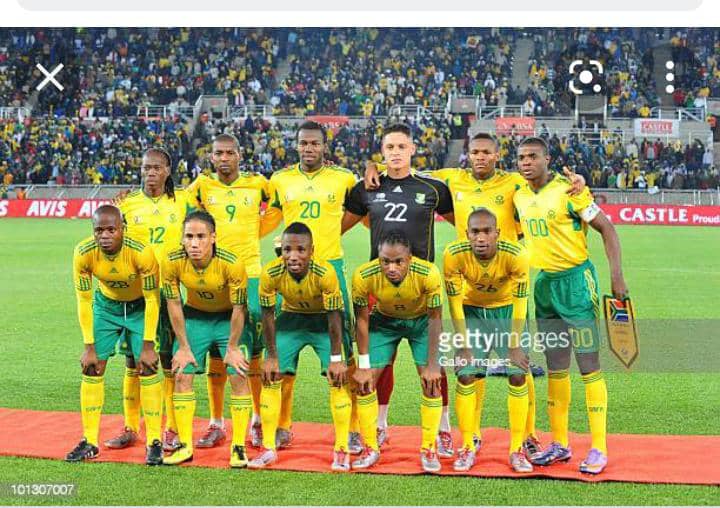 Bafana Bafana of South Africa has extended their lead at top of Group G to garner clearly 4 points after beating Ethiopia by 3 goals to 1 on Saturday afternoon in Ethiopia.

South Africa who is the second favourite in the group is living up to expectations; They drew their first match against Zimbabwe in away, before dumping the Black Stars at the FNB Stadium by a goal to nil.

In their third world cup qualify match against Ethiopia in away, they have won by three goals to nil to move four points clear at the top.

Ghana Black Stars will lock horns with the warriors of Zimbabwe at the Cape Coast Stadium later on Saturday, which happens to be the battle of the second position.