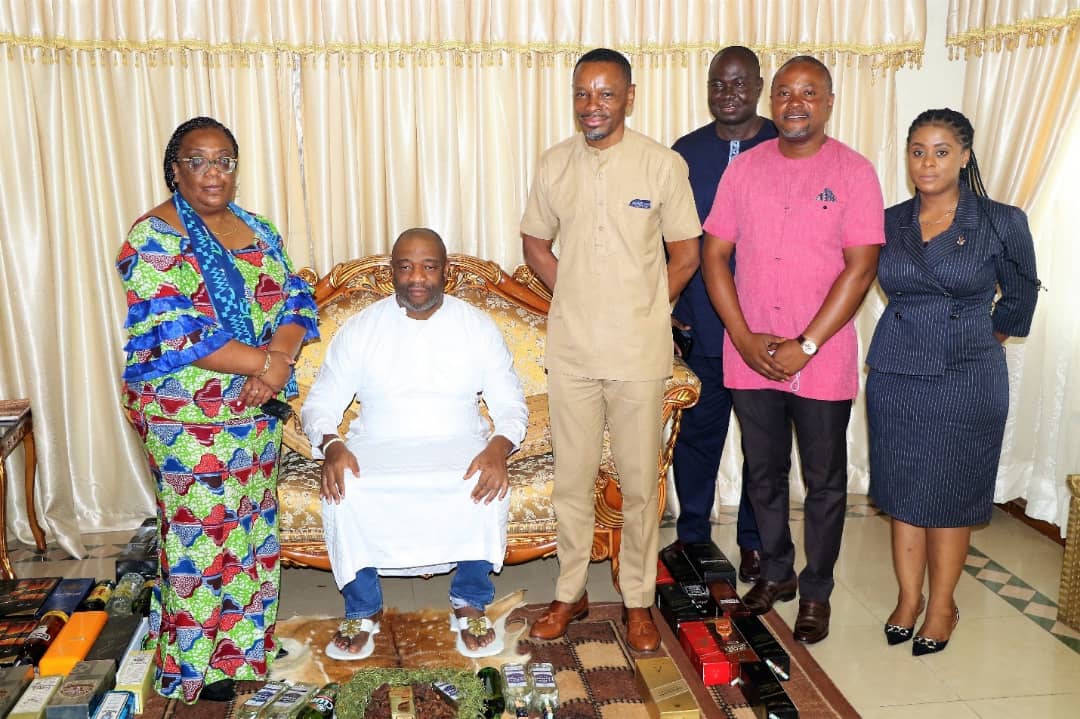 The newly installed Chief of the Ga State, Nii Tackie Teiko Tsuru II has applauded the National Health Insurance Authority (NHIA) for expanding its benefit package to constructively tackle the health needs of all residents in Ghana.

He expressed his satisfaction with the NHIA’s achievements so far, when a delegation led by the Chief Executive, Dr. Lydia Dsane-Selby paid a courtesy call on him, on Wednesday 3rd October, 2021.

The delegation was there to officially invite the Ga Mantse to Chair the official launch of the upcoming nationwide, 2021 NHIS Week celebration scheduled for 15th-21st November.

The King, Nii Tackie Teiko Tsuru II wholeheartedly accepted the invitation and promised to be there to enliven the event.

Dr. Lydia Dsane-Selby thanked the King and reiterated her administration’s commitment to step up efforts to attain Universal Health Coverage (UHC) by 2030.