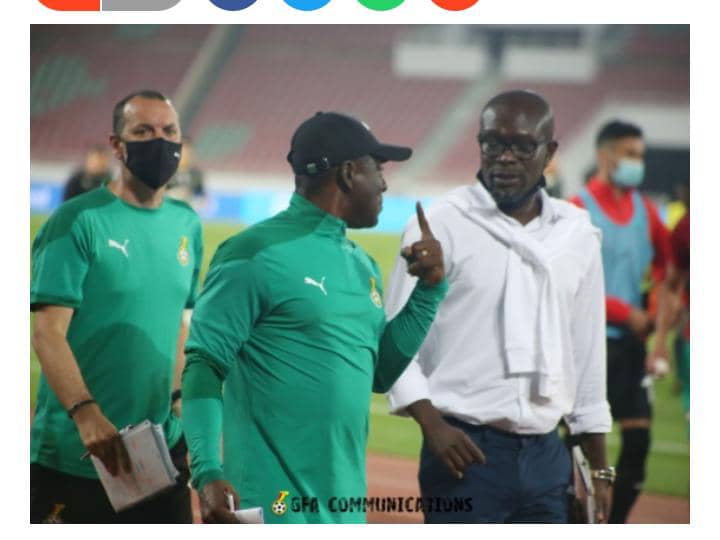 Book runners of the Ghana Football Association (GFA) are racing against time to appoint a new head coach for the Black Stars after CK Akonnor was shown the exit today.

Ghana Black Stars Coach Charles Kwablah Akonnor together with his two assistants was dismissed after Ghana suffered defeat from Bafana Bafana of South Africa in the World Cup qualifiers.

With only three weeks to the qualifiers match, appointment of a new coach in 72 hours will usher in preparations ahead of the clash needed to make it to the 2022 World Cup.

The former Kotoko Coach CK Akonnor was in the process of stamping Ghana’s qualification to 2022 World Cup after a win against Ethiopia but faced defeat by South Africa, a record that received a backlash from many.

The decision to cancel his two-year contract was taken at a crunch GFA executive meeting.

In view of this, a three-member committee including Dr. Randy Abbey has been formed to look for a new coach with 72 hours to fill the gap.

Coach Akornor won 4 matches, 2 draws with some defeats within 20 months since his appointment by the GFA.