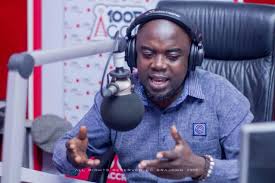 Accra FM Journalist Kwabena Bobie Ansah has been granted GHS50,000 bail by the Kaneshie Circuit Court. Bobie Ansah pleaded not guilty to the charges of publication of false news and offensive conduct.

The case has been adjourned to 14 March 2022. Bobie Ansah, host of the citizen show was arrested by security operatives Thursday night after he ended his show at about 10:00pm.

He was picked up and taken to the Nima Police Station and later transferred to the striking force.

He becomes the third journalist to be arrested in the past month.

His follows Captain Smart of Onua TV who was also arrested for some utterances he had made on TV, and is currently facing trial for alleged extortion and Power FM’s Oheneba Boamah Bennie, who is in jail for two weeks and fined GHS3,000 for contempt of court, in a case in which he allegedly made false claims against President Akufo-Addo and the justices of the Supreme Court in relation to the 2020 election petition.

Meanwhile, the Group General Manager (GGM) of Class Media Group (CMG) has negated claims by the Greater Accra Regional Police command that the presenter declined several invitations from the police to assist in investigations of false publications.

According to Mr. Mawuli Ocloo, the presenter was never invited.

He added that last week he received a letter from the Cantonments Divisional Police Command requesting assistance and recordings of the show from January 10th to January 17, 2022.

In the said police letter, there was no indication Nana Bobie Ansah was wanted by the police.

“There was nowhere in the said police letter that the presenter was wanted by the police,” he stated.

Mr. Ocloo said these on the Ghana Yensom Show morning show on Accra100.5FM on Friday, 11 February 2022 in reaction to the statement released by the police that the journalist had declined several police invitations.

He added that even before the management could furnish the police administration with the needed materials, it received another letter from the National Media Commission (NMC) on the same matter.

He said steps were taken by management to comply with the request and is, therefore, disappointed in the Police action.