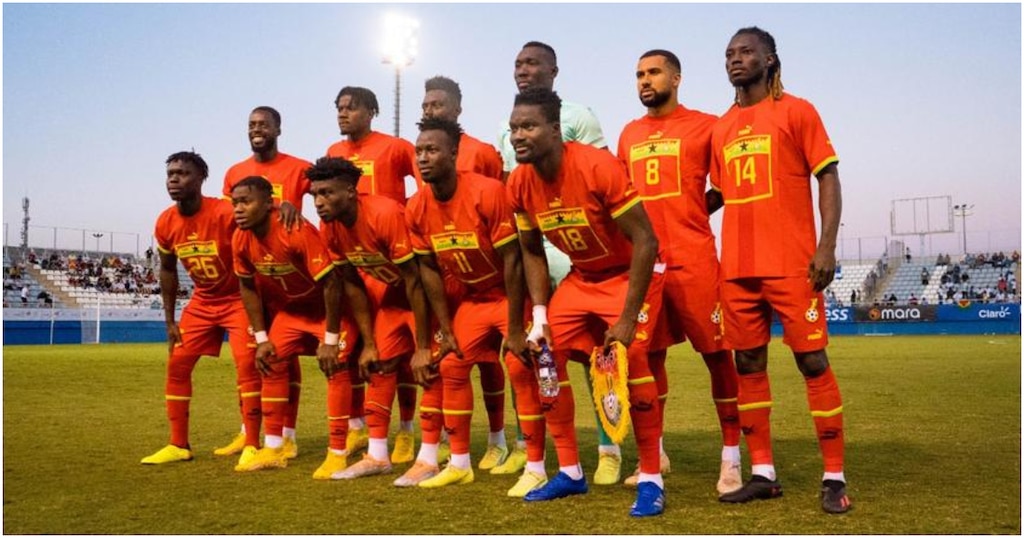 Fatawu Issahaku has netted his first-ever goal for Ghana Black Stars in an international friendly against Nicaragua. The four-time African Champions defeated the South Americans to end the international break on a winning note.

The Black Stars will next play Switzerland in November before the start of the 2022 FIFA World Cup in Qatar.

Abdul Fatawu Issahaku’s first half curler earned Ghana victory against Nicaragua in their penultimate friendly before the start of the 2022 FIFA World Cup in Qatar. The Sporting Lisbon winger whipped in after controlling a misplaced clearance to hand the Black Stars a win at the Estadio Francisco Artes Carrasco.

The Black Stars, after the defeat to Brazil, got off to a great start and should have broken the game’s deadlock in the early minutes after Fatawu’s strike deflected off a Nicaragua defender.

The Black Stars have beaten Nicaragua in a friendly in Spain. Moments later, Inaki Williams had the chance to get his debut goal but solid defending from Nicaragua stopped the Black Stars attacker from scoring.With ten minutes to half time, an attack from the left saw Gideon Mensah cross the ball into the box which was poorly dealt with as it fell to Kudus Mohammed, whose right footed strike deflected off Inaki Williams and fell to Issahaku, who fired home.

After the break, the Black Stars kept attacking in search of a second goal. However, Mohammed Kudus had a goal ruled out for offside despite wasting most of the opportunities that came his way. Otto Addo made several changes in the dying minutes, bringing on captain Andre Ayew, but the Black Stars failed to add to the scoreline.

Black Stars will play Switzerland in November before leaving for the World Cup. Head Coach of Ghana Black Stars, Otto Addo did not expect a tough challenge from Nicaragua. Ahead of the Tuesday game, Otto Addo expressed confidence that Nicaragua wont be as tough as Brazil.