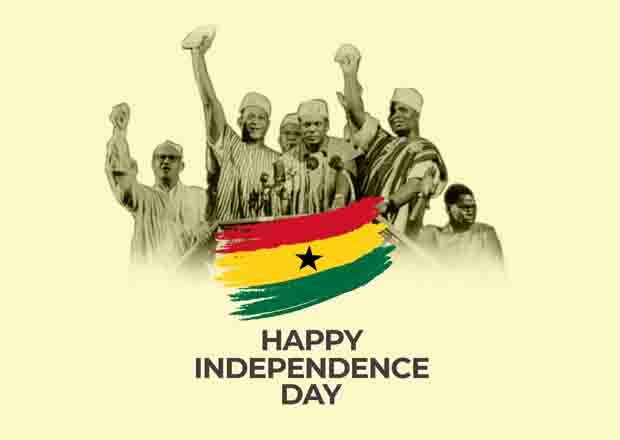 Ghana celebrates her 65th Independence anniversary today, 6 March 2022. This year’s Independence Day parade will be held at the Cape Coast Stadium in the Central Region.

The parade will feature selected school children and the security services.

The last time the parade was held was in 2020 due to the influx of infections COVID-19 pandemic.

The day therefore marks the declaration of independence from the UK on 6 March 1957 by the Prime Minister Kwame Nkrumah.

This year’s celebration is on the theme: “Working together; Bouncing Back Better”.

The Special Guest for today’s celebration will be the Prime Minister of Barbados, Mia Amor Mottley.

Ghana’s transition from dictatorial regime to democratic experiment hitherto paved the way for free, vocal and liberalised media, serving as a shinning example to West African sub-region. That was until recently.

However, many argued that there is a deliberate attempt by Akufo-Addo-Bawumia-led Administration to stifle freedom of speech and expression, characterised by unlawful arrest of Journalists, civil society activists and persons who have been critical of the book runners of Ghana, resulting in a culture of silence being built in society.

The arrest of critics of the governing party by the police during which they are kept in custody beyond forty-eight-hour legal threshold spelt out by the Habeas Corpus Act, breaches and undermines democratic principles upon which the state rests.

The opposition is of the view that human rights is under severe attack.