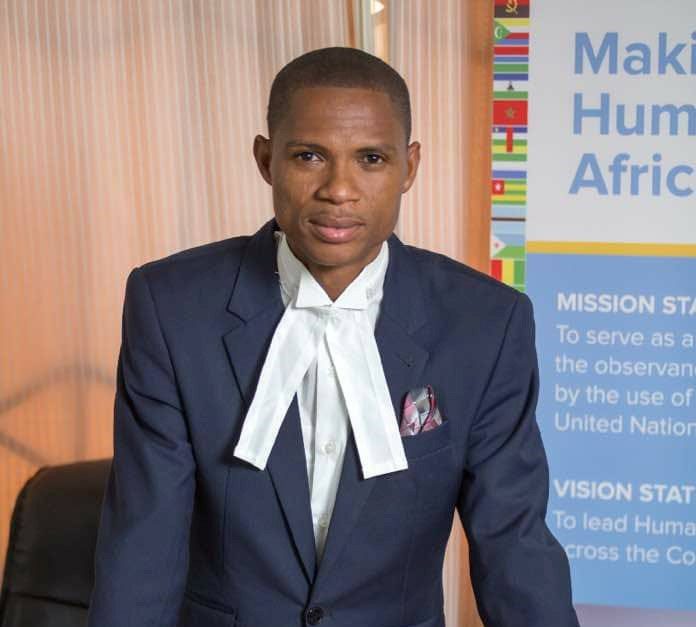 As we celebrate Ghana’s 65th Anniversary today, March 6 2021, we must reflect on the need to decriminalise petty offences that are clearly colonial relics which remain on our statute books. The political independence of Ghana must not only translate into economic independence but also socio-cultural independence with Ghana having laws that are relevant to its peculiar situations and experiences. The failed tale of our criminal justice system and the anger of the ordinary Ghanaian towards the justice system stems from a sense of unfairness and injustice by the criminal justice system. The ordinary Ghanaian cannot come to terms with the fact that a politician or people of influence in society can steal millions of Ghana cedis and yet can be made to refund those monies or left to go free when a struggling ‘trotro’ driver is made to serve custodial prison terms for inability to pay fines for road offences. A hungry man who steals plantain to care for his family may also go to prison with the current state of our laws by which crimes are not classified. Such a person may serve prison terms while others who steal large sums of money in public service are only made to refund even after auditor general’s report indicts them. There are yet several other petty crimes that must be reviewed and decriminalised if we indeed desire to build a free, open, accountable, non-discriminatory and just society for all Ghanaians regardless of our socio-economic status. This is what has necessitated this article on a day such as this when we mark our 65th birthday as a Country.

According to American Anthropologist, Harry Walker, Prisons are coercive institutions where prisoners are kept to serve their period of incarceration. Sociologist and lecturer, Elijah Yin Tukwariba, also describes Prisons as regimental institutions driven by laws and procedures to achieve its mandates of safe custody, welfare, and rehabilitation and reformation of inmates. According to Amnesty International, a prison in Ghana built to accommodate 700 people, now houses approximately 4000 inmates — almost six times the number of people. All of the prisons in Ghana combined should house not more than 8000 people but currently accommodate more than 14,000 inmates. In a paper published by the Journal of Offender Rehabilitation (Talor and Francis), overcrowding in prisons is a significant issue (Dako-Gyeke & Baffour, 2016). Data from the Ghana Prisons Service shows that despite total authorized holding of 9,945, prisons in Ghana are currently holding 13,775, representing an increase of 38.51%.

As stated in the Africa Commission on Human and Peoples Rights’ Principles on the Decriminalisation of Petty Offences in Africa published after the 61st Ordinary Session in Banjul-Gambia, Petty Offences are minor offences for which the punishment is prescribed by law to carry a warning, community service, a low-value fine or short term of imprisonment, often for failure to pay the fine. Examples include, but are not limited to, offences such as being a rogue and vagabond, being an idle or disorderly person, loitering, begging, being a vagrant, failure to pay debts, being a common nuisance and disobedience to parents; offences created through by-laws aimed at controlling public nuisances on public roads and in public places such as urinating in public and washing clothes in public; and laws criminalizing informal commercial activities, such as hawking and vending.

According to Chapter 5 of the 1992 Constitution, all necessary steps must be taken to ensure that rights of women, children, groups, all prisoners, and the vulnerable are protected. Article 12(1) provides that “Every person in Ghana, whatever his race, place of origin, political opinion, colour, religion, creed or gender shall be entitled to the fundamental human rights and freedoms of the individual contained in this Chapter but subject to respect for the rights and freedoms of others and for the public interest.

Again, Articles 2, 3, 5 and 6 of the African Charter on Human and Peoples’ Rights guarantees the rights and freedoms recognised in the African Charter to all persons without distinction of any kind; the right of all persons to equality before the law and to equal protection of the law; the right to inherent dignity and the prohibition against torture, cruel, inhuman or degrading treatment and punishment; and the right of every person to liberty and security, including the protection against arbitrary arrest and detention.

As noted by the African Commission, “the enforcement of petty offences has the effect of punishing, segregating, controlling, and undermining the dignity of persons on the basis of their status. They also infringe upon the autonomy of persons by restricting their performance of life-sustaining activities in public spaces, particularly for those living in poverty. The enforcement of these laws perpetuates the stigmatization of poverty by mandating a criminal-justice response to what are socio-economic and sustainable development issues. In this regard, petty offences reinforce discriminatory attitudes against marginalized persons.”

Article 10(1) of the International Covenant on Civil and Political Rights (ICCPR) states that “All persons deprived of their liberty shall be treated with humanity and with respect for the inherent dignity of the human person. Furthermore, Articles 10(2) states that “Accused persons shall, save in exceptional circumstances, be segregated from convicted persons and shall be subject to separate treatment appropriate to their status as unconvicted persons.” However, despite such international provisions and standards, persons found guilty and charged for petty offences are most at times subjected to inhumane conditions, including incarceration with hardened criminals.

Reports from the Commonwealth Human Rights Initiative (CHRI) who is the lead organisation advocating for decriminalisation of petty crimes show how people convicted for petty offences live with hardened criminals. Imagine a person convicted for stealing a bunch of plantain to feed his hungry family pleading guilty to stealing and sentenced to serve in the same prison with hardened criminals who may have committed violent crimes like multiple robberies. Instead of the prison reforming such persons, they get out as destroyed persons. Clearly the current state of our laws with regards to petty crimes and the fact that our offences are not classified amounts to criminalising poverty and an unpardonable violation of the rights of less privileged Ghanaians in conflict with the law. For a 65-year-old Country, it is necessary that we reform our criminal justice system to reflect current realities and to respond to the various human rights violations of our prisons and other holding facilities.

Speaking at the National Conference on Decriminalizing Petty Offences in Ghana: The State, the Offender, the Society”, held at Alisa Hotel in Accra, former Commissioner of CHRAJ, Justice Emile Francis Short observed that “continued criminalization of Petty Offences encourages congestion of prisons and corruption among Law Enforcement Officers.” According to current CHRAJ Boss, Mr. Joseph Akanjolenur Whittal, criminalizing petty offences leads to criminalization of poverty, unemployment, and homelessness, among others.

Speaking on behalf of the Attorney General and Minister of Justice at the same function, the Deputy Attorney General, Hon. Alfred Tuah-Yeboah, stated “Due to challenges such as inability to access basic amenities, by merely going about their daily existence, and while constrained by lack of basic living amenities, disadvantaged persons are compelled to resort to actions that are considered to be contrary to the maintenance of good order of the general society; as a result of which these vulnerable persons are consigned to limited living space, limited open free outdoor space, inadequate waste storage and disposal, and limited means of affordable recreation.”

The Attorney General further remarked “There remain significant numbers of convicted persons and remand prisoners under incarceration. The prison facilities are overextended, with the larger population serving time for serious crime. Prison Service statistics indicates that the majority of persons serving time are on remand for felonies. It is highly undesirable to swell these numbers with persons who are arrested for some of these identified petty crimes when other means of redress may be utilised. Indeed, studies show that an incarceration-based response to crime and punishment does not necessarily reduce criminality but may rather propagate cycles of wrongdoing. First-time offenders are not segregated from seasoned criminals and have been known to enhance their skill set under the influence of other inmates. The social circumstances of poverty and lack of support that led others to commit crime are also not erased by a stint in prison and such cases are likely to result in recidivism upon release.”

As such, considering the fact that Ghana is a signatory to the Banjul Charter which established the African Commission on Human Rights and created obligations to other states parties, the time is ripe for Cabinet to approve the Draft Bill to decriminalize Petty Offences in Ghana in order to reform the country’s prisons and guarantee the rights of persons.

In conclusion, we must take critical look at our Criminal and other Offences Act, 1960 (Act 29) since most of the petty crimes contained in it are part of our colonial baggage that we must let go off. Currently, tour laws are generally classified under Felonies and Misdemeanours. These categorisation needs further classification to allow room for dealing with petty crimes.

Also, Ghana must take steps to make its criminal justice system fairer and more equitable where every Ghanaian can have justice irrespective of their economic status. We must reform to conform to international principles and standards. Ghana’s criminal laws need urgent review. There is the need to review our laws to ensure that petty or minor offences will no longer attract custodial sentences but rather communal labour, as many Ghanaians do not want shame and embarrassment. As a result, it is essential that there is expansion of the Justice for All and Alternative Dispute Resolutions Programmes, encouragement of plea bargaining, and resourcing of Legal Aid Commission in order to address the inefficiencies and bottlenecks in Ghana’s Justice Delivery System.

In conclusion, we must take critical look at our Criminal and other Offences Act, 1960 (Act 29) since most of the petty crimes contained in it are part of our colonial baggage that we must let go off. Currently, tour laws are generally classified under Felonies and Misdemeanours. These categorisation needs further classification to allow room for dealing with petty crimes.

Also, Ghana must take steps to make its criminal justice system fairer and more equitable where every Ghanaian can have justice irrespective of their economic status. We must reform to conform to international principles and standards. Ghana’s criminal laws need urgent review. There is the need to review our laws to ensure that petty or minor offences will no longer attract custodial sentences but rather communal labour, as many Ghanaians do not want shame and embarrassment. As a result, it is essential that there is expansion of the Justice for All and Alternative Dispute Resolutions Programmes, encouragement of plea bargaining, and resourcing of Legal Aid Commission in order to address the inefficiencies and bottlenecks in Ghana’s Justice Delivery System.

The writer, Hon. Francis-Xavier Sosu, is a Private Legal Practitioner, Human Rights Activist, Member of Parliament for Madina Constituency, Member of the Appointments Committee, and Deputy Ranking Member of the Constitutional, Legal and Parliamentary Affairs Committee, with background expertise in Economics, Conflict, Security and Peace Studies. The writer can be contacted via: francisxavier.sosu@gmail.com www.madinamp.com