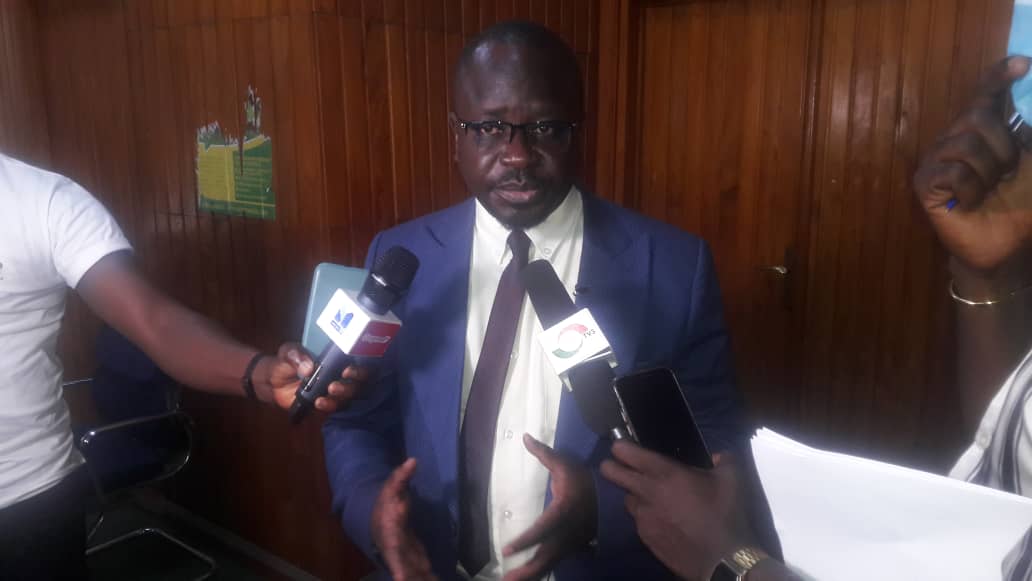 A business tracker survey conducted by the Ghana Statistical Service (GSS) in collaboration with the United Nations Development Programme (UNDP) and World Bank has revealed businesses are recovering steadily from the shocks of the COVID-19 pandemic which impacted negatively on businesses.

The survey which is aimed at providing critical information to help the government, development partners and other organisations monitor the effects of the pandemic on businesses was conducted in three different consecutive forms.

Speaking to journalists at the launch of the COVID-19 rapid firm tracker report in Accra, the Government Statistician, Prof. Samuel Kobina Annim explained that the business tracker survey was conducted in order to understand the impact of COVID-19 on the private sector and other organisations.

During the third wave of the survey in September 2021, Prof. Annim said, 97.5 percent of the permanently closed firms were fully opened which is much higher than the 73.5 percent reported during the first wave between May /June 2020 and 86.2 percent in the second wave between August/ September 2020.

In the manufacturing firm, the Government Statistician further noted that 96.8 percent were opened well as in trade, 96.3 percent during the third wave, adding that, relative to wave I, two sectors such as accommodation and food recorded the highest opening in wave III which is 55.5 percent to 87.9 percent as well as other services which recorded 50.4 percent to 95.5 percent.

Prof. Annim again indicated that, over the last two decades, out of 30,654 firms that reported to be permanently closed during the pandemic in wave I, 15,174 representing 2.4 percent have fully opened during wave III, indicating a 16.9 percentage point increase between the last two waves.

“nevertheless, 14,162 representing 2.2 percent of these firms are still permanently closed during the wave II survey and still needs support to bounce back”, he added.

He said the top three policies support the firms desired to become resilient are loans with subsidized interest, cash transfer and access to new credit.

“In the third-round, two out of every five (40.9%) are reported increase in sales compared to 6.7 percent in the second-round”, he noted.

He said, the pattern of increases in sales is evident across all sectors, stating that, as compared in wave II, the sectors with the largest increase in sales in wave III are as follows; trade 7.4 to 46.0 percent, manufacturing 6.9 to 37.8 percent, other services 3.2 to 32.9 percent and accommodation and food 4.1 to 33.5 percent respectively.

“This indicates that recovery has not been the same for every firm”, Prof. Annim stressed.

Prof. Annim again stressed that, even though the lock down measures have been relaxed, firms continue to report uncertainty.

“ the results shows a continued high degree of uncertainty in the sales expectations of firms, with some movement towards a more positive outlook. Uncertainty is an important additional channel affecting firms during the pandemic, as the economy reopens, this could still result in a lower desire for risk and investments”, he said.

The UNDP Resident Representative in Ghana, Angela Lusigi also said Ghana needs to re-imagine development in the digital age, adding that, It is encouraging to see more firms embracing digitalization as a default to improve businesses.

“UNDP remains committed to supporting Government’s digital agenda and recovery efforts to accelerate the attainment of the Sustainable Development Goals (SDGs)”, she added.

World Bank Country Director for Ghana, Liberia and Sierra Leone, Pierre Laporte noted that since the improvement recorded over the periods is remarkable, policy makers also need to pay attention to the policy support required by the firms.

“The World Bank will continue to support the Government of Ghana in its efforts towards the country’s economic recovery,” he added.