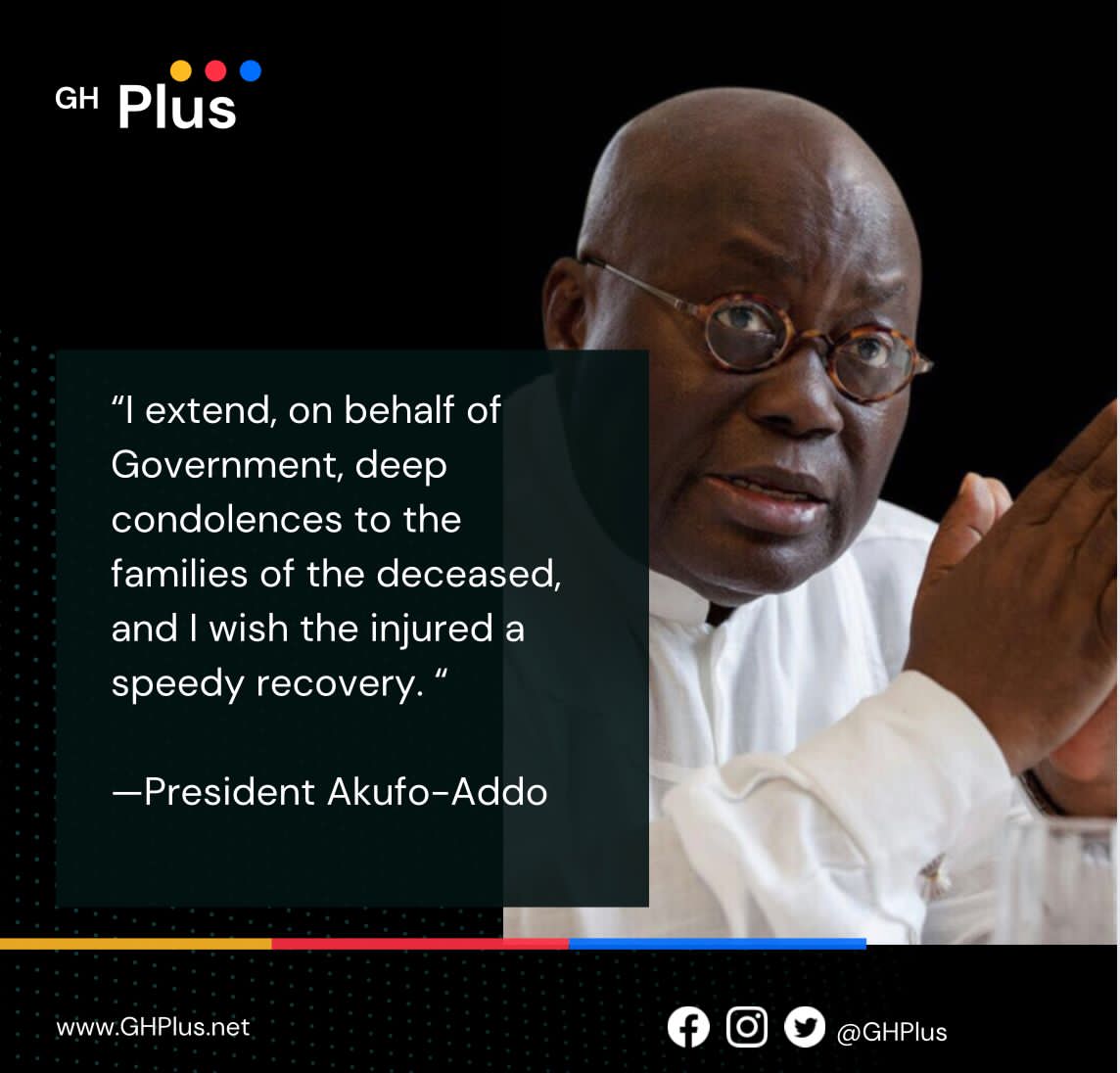 “I have just received a briefing on the circumstances that led to an explosion in Apiate near Bogoso, in the Western Region, resulting in the loss of lives and the destruction of properties belonging to residents. It is a truly sad, unfortunate and tragic incident, and I extend, on behalf of Government, deep condolences to the families of the deceased, and I wish the injured a speedy recovery”, Ghana’s President Akufo-Addo reacted.

The Police, Armed Forces and the National Disaster Management Organisation (NADMO) are co-ordinating efforts to contain the situation, and I have also instructed NADMO to see to it that rapid relief is brought to residents of the town.

Government will spare no effort to ensure a rapid return to a situation of normalcy for residents of Apiate.”

Scores of people are feared dead while several others have been injured in a huge explosion that occurred at Apiate, a town between Bogoso and Bawdie in the Western Region.

The explosion occurred when a motorcycle collided with a vehicle carrying explosives to a mining site on Thursday, 20 January 2022.

Apart from the deaths, the explosion destroyed several properties.

Residents of the area had to run for their lives.

“Preliminary investigation has established that a mining explosive vehicle moving from Tarkwa to Chirano mines collided with a motorcycle resulting in the explosion,” according to a police report.

Meanwhile, the Ghana Police Service has announced the activation of a full emergency recovery exercise in the area following the explosion.

It is being done in collaboration with other emergency service providers in the country.

The police has, therefore, urged “all to remain calm” as it manages the situation.