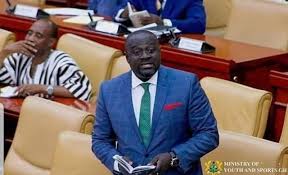 “Finance Minister Ken Ofori-Atta must convince President Nana Akufo-Addo for Ghana to go back to the International Monetary Fund (IMF) for help to fix the economy”, a former New Patriotic Party Member of Parliament for New Juaben South Dr.Mark Assibey Yeboah has suggested.

In the view of the former Chair of the Finance Committee of Parliament, the e-levy, even if eventually passed, cannot help the situation.

“Without a doubt, I think we should be placing a call to Washington if we haven’t really done that”, he said in an interview with Accra-based Citi FM.

“We are just not going to ask for the funds just because e-levy has been passed or not. E-levy will just bring about GH¢5 billion”, he noted.

In his opinion, “we are in a deep hole of our tax revenue and facing difficulties, so going to the Fund will give us some support.”

“So, there is nothing wrong with going to the Fund”, Dr Assibey Yeboah said.

He said: “Ghana is a member of the IMF, so, what is wrong going to ask for support when we are in difficulties to go and pool resources?”

“If I were the finance minister, I will be convincing the President that it is about time we went back”, he noted.

He said: “The GH¢6.9 billion target cannot be realised”.

“There are a lot of exemptions, so, in my estimation, the maximum amount we can get from the e-levy is GH¢5 billion, and that is less than a billion dollars, so, I do not think that the e-levy is going to be a panacea to our revenues”.

“Going to the IMF will ensure some stability and above all, we are going to get some $3 billion”.