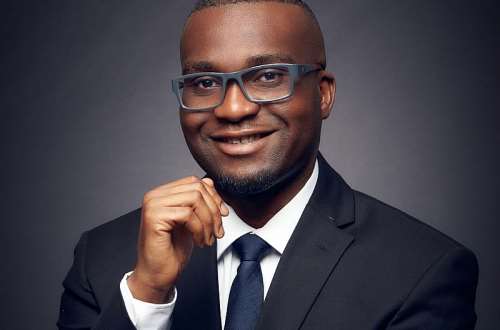 Government will run to IMF by end of 2022-Economist predicts

Ghanaian Economist living in Canada, Dr. Dennis Nsafoah says it would not be that surprising when Akufo-Addo-Bawumia-led government runs to the International Monetary Fund (IMF) by end of 2022 for bailout.

The latest damming verdict Ghanaian economy by Dr. Nsafoah is in agreement with University of Ghana Business School Professor Godfred Alufar Bokpin who predicted that the economy will collapse by September 2022.

According to him, targets in the 2022 Budget Statement and Economic Policy of the government are overambitious and unrealistic.

Speaking via Zoom to deliver a presentation on Ghana’s Economic Outlook for 2022, Dr. Dennis Nsafoah insists he foresees government running to IMF before the end of the year.

“Thinking about the situation, the most likely outcome that came in my mind was that at the end of the year when they [the government] realise that they will not be able to achieve the revenue target they have set for themselves because it is too high, that is when they will start talking to the IMF,” the Economist shared during a dialogue held on Monday, January 24, 2022, by PFM Tax Africa.

Government has set a target to increase revenue by 42% this year as one of the many steps to improve the debt-to-GDP ratio.

Although Dr. Dennis Nsafoah agrees that urgent measures are needed to address the growing debt-to-GDP which currently said to be close to 80%, he recommends that government stop delaying and seek the intervention of the International Monetary Fund.

“In the short-term in recommend that the government should contact the IMF and start negotiations for some sort of intervention. In the medium term the government also has to deal with the expenditure problems that we have,” the Ghanaian Economist based in Canada proposed.

He notes that from indications and his projections, Ghana could end 2022 with a debt-to-GDP ratio of 83.9%.

Sharing his though on the proposed Electronic Transaction Levy (E-Levy), Dr. Dennis Nsafoah said, in his view, it is not an intervention that will solve the country’s problems.

He said rather, the levy when implemented will be the same as government shooting itself in the foot after making investment in the cashless economy.

“In terms of what I think of the E-Levy, personally I don’t think it’s good for an economy which is trying to go cashless to impose such punitive measure in place. I don’t think the E-Levy is the best way to generate revenue,” Dr. Nsafoah who is an Associate Professor at Niagara University in Canada reaffirmed.