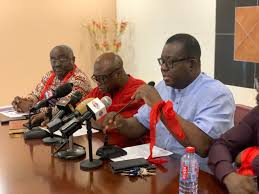 Striking labour unions are expected to call off their industrial action after government agreed pay 15% Cost of Living Allowance (COLA) on their base pay Thursday.

Most Teacher unions have been on strike over their COLA with many others including health workers threatening to lay down their tools.

However, sources say a meeting between the leadership of the labour unions and the Fair Wages and salaries commission agreed on a 15% allowance of the base pay instead of the 20% being demanded by the worker unions.

Per the agreement, the payment of the 15% COLA will take retrospective effect beginning from July 1, 2022.

In this article:15% COLA to teachers,Govt agrees to pay