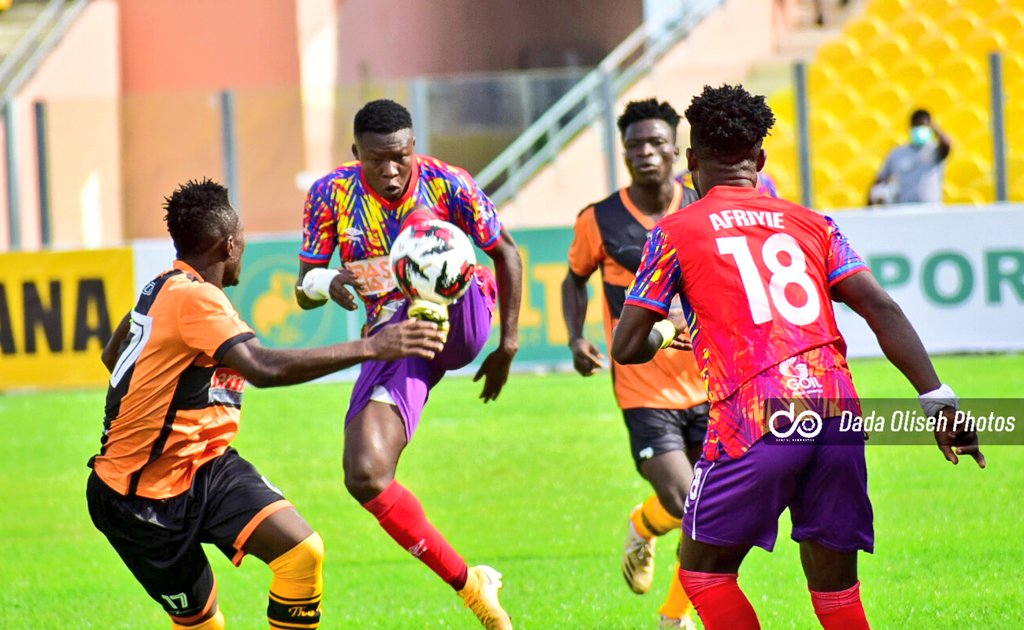 2021-2022 Ghana Premier League has kicked off with some interesting scorelines in week one.

It all started on Friday night when newly promoted side Accra Lions log horns with Elmina Sharks, at the Accra Stadium. Michelle Sarpong opened the scoring for the Sharks in the 64minutes of the game. The new boys got the equalizer in the 83rd minute of the game through Rauf Salifu.

On Saturday, Kumasi Asante Kotoko came from a goal down to beat Dreams FC by three goals to one. The under 20 star, Issahaku Fatawu scored a brilliant solo goal to open the score for the home side Dreams FC. The porcupines after several pressure got the breakthrough in the 83rd minute through Mudasiru Salifu, before Isaac oppong put them ahead in the 87th minute. Richmond Lamptey cemented the victory for Kotoko with the 90th-minute goal in his debut.

The rest of the matches were played on Sunday. Hearts of Oak started their title defence with as slow pace by playing a goalless draw at the Accra Stadium with city rivals, Legon Cities.

Kumasi base King Faisal shockingly defeated WAFA by a goal to nil at the Baba Yara Stadium in Kumasi with Zubairu Ibrahim only goal.

New boys Gold Stars sent a strong warning to rest of the premier league teams with one-nil victory over Berekum Chelsea thanks to Kingsley Boafo only goal.

Ashanti Gold recorded a one, zero win over Eleven Wonders with Eric Esso only goal in Techiman.

Aduana Stars picked a point away from home, after playing one-all draw with Karela at CAM park.

Beckham United recorded the highest scoreline in week one after thrashing Medeama SC by four goals to nill at Bechem.

Real Tamale United(RTU) and Accra Great Olympics wrapped the week one up with a late kickoff at the Aliu Mahama Stadium. Olympics drew the first blood through Raymond Okoe in the 28th minute. Just when many thought Olympics will runaway with the three maximum points, an avoided penalty was considered in the 90th which was beautifully buried by David Abagna in the 91st minutes. It ended one all at the Aliu Mahama Stadium.