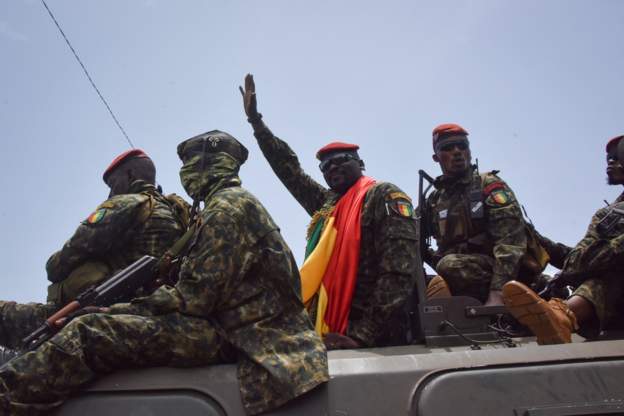 Guinea Junta releases 80 prisoners out of 711 target to popular

80 prisoners have been released as of Wednesday, keeping the process in motion amidst jubilation and cheers of citizens of Guinea who expressed joy that “it’s a day they have been waiting for since incarceration by Prof. Alpha Conde.

Lt. Col. Doumbouya after military junta said the coup was necessary because Prof. Alpha Conde and his presidential staffers were enjoying the largesse at the expense of the taxpayers who wallow in object poverty.

Chairman of ECOWAS Authority of Heads of State and Government President Akufo-Addo says the military junta in Guinea is unfortunate and regrettable.

African Editors sources have confirmed ECOWAS Leaders at a meeting held on Wednesday chaired by President Akufo-Addo resolved to sanction Guinea whilst directing the coup makers to immediately return the Francophone West African State to a constitutional rule.

A communique is expected to be issued based on ECOWAS Heads meeting led by President Akufo-Addo today to outline far-reaching plans to restore constitutional order in Guinea solely to ensure that aftermath of the military takeover does not development into unmanageable proportions.