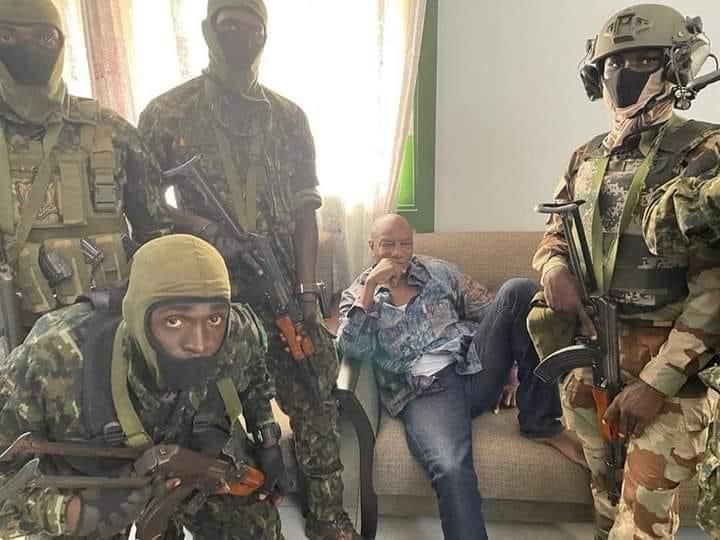 ECOWAS fact-finding mission has revealed that ousted Guinean President Alpha Conde expressed total shock at his overthrow upon interacting with him on the military takeover led by Lt. Col. Mamadou Dambouya.

Apart from that, Prof. Alpha Conde has after military junta disclosed that the decision to seek controversial third term was solely influenced by the women of Guinea contrary to his earlier decision to relinquish power after 10 years.

Speaking at a press briefing on Wednesday September 16, 2021 upon returning from fact-finding mission in Conakry, capital of Guinea, Ghana’s Foreign Affairs and Regional Integration Minister Ms Shirley Ayorkor Botchey said “Prof. Alpha Conde was well but was shocked at his overthrow and traumatic experience at hands of military junta”.

This was uncovered by the Director of Public Affairs of Ghana Police Service ASP. Alexander Obeng at a public interview Wednesday.

13 ECOWAS Authority of Heads of States and Government including Foreign Affairs Ministers are expected to table over military junta in Mali, Guinea and how to discover enduring solution for the two Francophone ECOWAS Members.

Until his defeat, Lt. Col. Dambouya was Prof. Alpha Conde’s extraordinary partner, an official he elevated from lower to higher position within a brief period an tasked him to be responsible for world class military power he exclusively set up to safeguard his questionable third term agenda.

He has since freed more than 80 detainees imprisoned by toppled President Alpha Conde and binding his boots to set free 711 altogether.

ECOWAS at its gathering directed by Chairman of ECOWAS Authority of Heads of States and Government H.E Akufo-Addo has suspended Guinea from the membership, requested quick set-free of Prof. Alpha Conde and return to constitutional order.

In any case, ECOWAS has been criticised by Security and International Relations Experts of dozing off and watching indifferently after Prof. Alpha Conde questionably changed Guinea’s 10-year legal limit because of his exorbitant craving to tie down third term and continue to stay in office.

Ms Ayorkor Botchey noticed that conversation is far-advaced to kick off transitioning that will usher-in Prof. Alpha Conde from detainment, giving way to civilian regime.