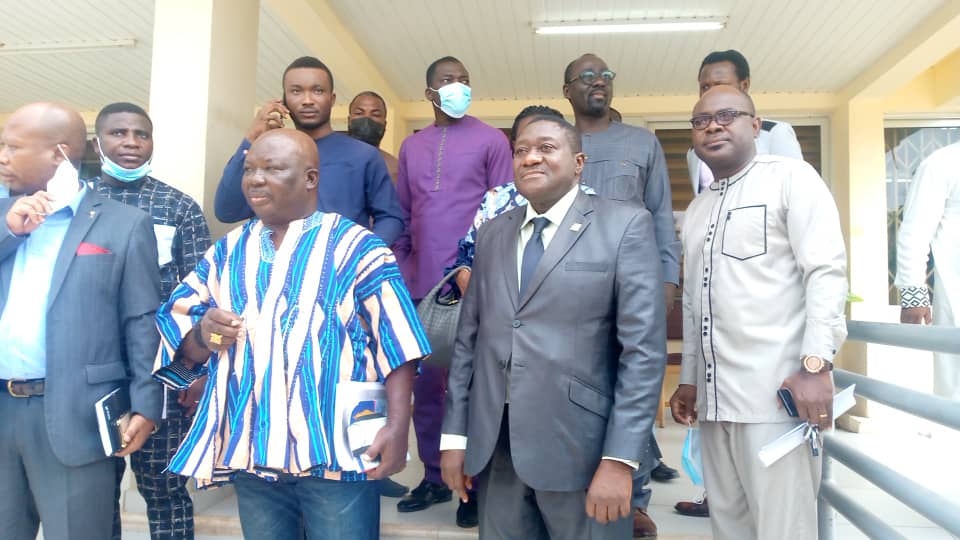 Governing Council of the University of Education, Winneba, has ordered the Acting UEW Vice-Chancellor, Prof. Andy Ofori-Birikorang to immediately hand over his role to Professor Mawutor Avoke.

This follows the directive by a High Court ordering the reinstatement of Prof. Avoke.

The Chairman of the Governing Council of UEW, Nana Ofori Ansah I, in a letter to the Acting VC said “On the authority of this letter, you are directed to hand over forthwith to Professor Mawutor Avoke, who resumes duty as substantive Vice-Chancellor following a High Court order directing his reinstatement.”

The Council urged Prof. Ofori-Birikorang to assist management of the university in the transition to give “full effect to the said High Court order.”

Nana Ofori Ansah I also urged Prof. Andy Ofori-Birikorang to support and cooperate with Professor Avoke, to achieve his vision and the goals for the University.

A legal tussle, which began in July 2017, saw Prof. Mawutor Avoke and three other principal officers dismissed for some alleged financial malfeasance.

Three senior lecturers including Prof. Ephraim Avea Nsoh were later in 2019 dismissed for misconduct and insubordination.

But a Winneba High Court, last week, ordered that Professor Mawutor Avoke be reinstated, including all those who were affected by the legal tussle.

The court also directed that their salary arrears should be paid with retrospective effect from the date they were unlawfully removed.