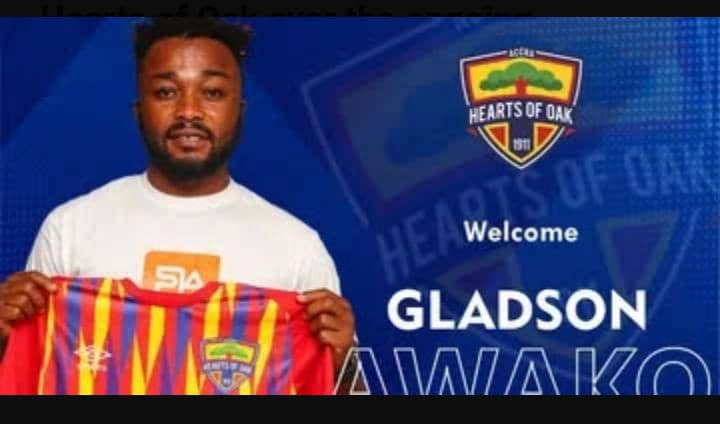 Great Olympics transferred their talisman Gladson Awako on the fee of 100,000 Ghana cedis. The two clubs agreed on two installments payment plan. Hearts paid 50,000 cedis in September in the first installment and were supposed to make the second payment before 2nd, October.

Hearts defaulted and Olympics claims that base on the agreement, Awako is now their player and the money paid to them will never be refunded.

Awako also refused to rejoin his new club Hearts after he was excused for sometime, with the claim that he is confused as to where he belongs.

With the intervention of a Traditional chief, Awako rejoined Hearts of Oak and things appeared to be okay with both parties.

They later took the matter to the law court, and reports have that they have redrawn all court cases after Hearts of Oak make the second payment of the transfer fee.