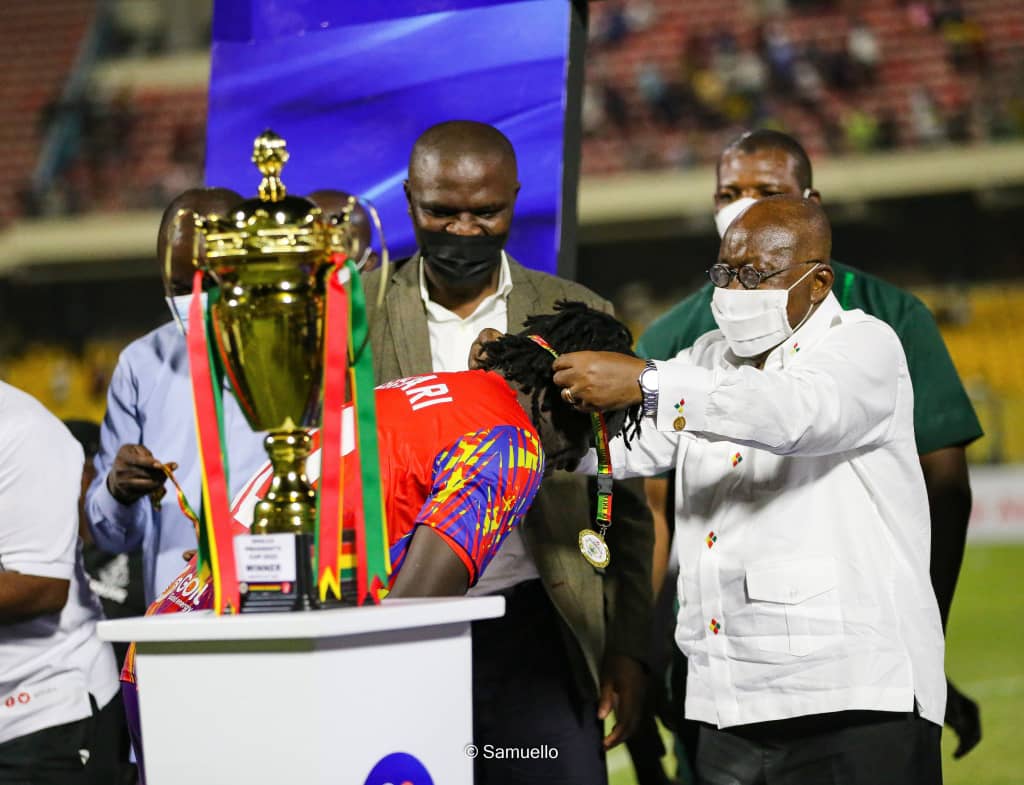 Substitute Patrick Razak scored 89th minute goals in the president cup against Kotoko to help Hearts lift the cup after winning by two goals to one.

Hearts and Kotoko who played out goaless drawn game in the first league match, log horns in the president cup few weeks later.

It’s one off match organized by Ghana League Clubs Association( GHALCA) in honour of the sitting president of Ghana.

The match started on high-intensity note with both sides seeking to get the bragging right.

Few chances were created in the first half, but both goalkeepers showed their exploits by making crucial saves.

Hearts started the second half with much determination and more purpose.

The early pressure from Hearts paid off in the 50th minute when Salim Adams controlled the ball the midfield and opened play into the right side finding his Captain Fataw Mohammed.

A cross was sent into the penalty box of Kotoko, which was not dealt with and fell on the right foot of Afriyie Barnieh and he sumptuously placed it at the back of the net to give Hearts the lead.

Hearts could have easily gone two or more goals up, but for the brilliance of Kotoko shot-stopper, Danlad who kept Kotoko in the game.

Kotoko head coach, Ogum responded with some quick substitutions which changed the face of the game.

In the 76th minute, Kotoko had their moment as one of the substitute Samuel Boateng got the equalizer after a defensive mistake.

The changes paid off when Patrick Razak capitalized on counter-attacking ball to score the match-winner for Hearts.

It all ended two goals to one in favour of Hearts of Oak. Hearts is the champion of the President cup 2022.