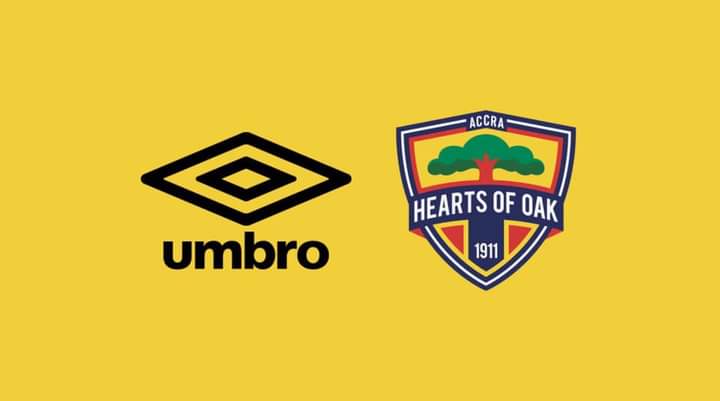 The reigning Ghana Premier League Champions, Accra Hearts of Oak will unveil their kits for 2021-2022 season today Thursday, at Accra.

The Phobians were talked about in the mainstream and social media last season when they unveiled their home and away kits for the season. The home jersey which was dominated by their traditional rainbow colours was well designed and got ranked among the best jerseys in the world.

Their kits sponsors Umbro promised to provide another mouthwatering jersey that will blow the minds of Ghanaians and possibly takes the headline once again.

Few weeks ago, Hearts arch-rivals Kumasi Asante Kotoko unveiled their Kits for the upcoming season which got many asking about the league champions and when they will unveil theirs.

The wait is over, the continental club masters will be unveiling their new kits for the upcoming season today at the club secretariat, which may be use in the CAF Champions league match against Kamsar on Sunday.

Hearts will welcome Guinea side, CI Kamsar in the preliminary stage of the CAF champions league in a one-off match at the Accra Stadium on Sunday.

The first league in Guinea was canceled because of the unstable political situation in Guinea after the military take over.

The winner of Sunday’s match will face the Moroccan giant Wydad Athletic Club in the next stage.