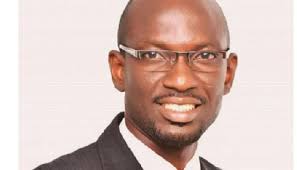 Crusaders Against Corruption Ghana (CACG) has urged the Ghana Pentecostal and Charismatic Council (GPCC) to help influence Akufo-Addo-Bawumia-led Administration to immediately withdraw the controversial E-levy Bill from parliament, fight corruption and fix loopholes in the national kitty to help revive the Ghanaian economy.

Speaking at ANNUAL CONFERENCE OF HEADS OF DENOMINATION: GHANA PENTECOSTAL AND CHARISMATIC COUNCIL ON THE 4TH FEBRUARY, 2022, CHIEF CRUSADER EMMANUEL WILSON JNR. said “What Ghana needs now is not the introduction of a new tax but a conscious effort to seal the loopholes in our public purse”.

According to the Chief Crusader of CACG Wilson Jnr., ” It can comfortably be concluded that the introduction of an E-Levy suggests clearly without any ambiguity in mind that Ghana has given up on the fight against corruption since its acceptance and enforcement would encourage cash transaction instead of cashless transactions”.

He noted that “Mr. President, in conclusion;
E-Levy in the taxation world, and acknowledging its current form per the bill in parliament, does not qualify to be called tax, and so its acceptance means we are being forced to accept illegality. What Ghana needs to do is consciously, and as a matter of urgency cut down on both necessary and unnecessary expenditure. What Ghana need are selfless leaders who are ready to lead the citizens by example. The example of first sacrificing some personal luxuries”.

READ THE PRESENTATION ON THE E-LEVY BY CHIEF CRUSADER MR EMMANUEL WILSON JNR ON THE EVENT OF THE ANNUAL CONFERENCE OF HEADS OF DENOMINATION: GHANA PENTECOSTAL AND CHARISMATIC COUNCIL ON THE 4TH FEBRUARY, 2022.

On behalf of Crusaders Against Corruption Ghana and on behalf of our Chairperson Bishop Dr. Mrs. Suzanne Maria Nti, I humbly thank you for this platform. My name is Emmanuel Wilson Jnr. and the Chief Crusader.
This moment I respectfully pray that the grace and peace of our heavenly father will be with us all.

The E-Levy or Electronic Levy has undoubtedly been topical right from 2021 when the budget was read even till now, and that is why it has become important to have a brief conversation with the expectation that you would be able to give a clear direction to the country in your capacity as our spiritual fathers and mothers.

In a simple definition, the E-levy says you are to pay a tax of 1.75% on almost all monies that is moved from one source to the other, as long as it is done electronically.

Mr. President, In practical terms the policy says that when you have money in one pocket and you decide to move it to another pocket you have to pay a tax of 1.75% irrespective of the reason for moving that money.

Since the argument started, there has been a deliberate misinformation about Telcos charging fees on our transactions, hence the government can do same.
This is a total misinformation because these are entirely two different scenarios.

Kindly permit me to give the distinction between a tax and charges.

A tax is a compulsory contribution to state revenue that is levied by government on:
Income
Business Profit
Some goods

Whereas charges are demands or an amount as a price for a service rendered on goods supplied. So when the Telcos and Banks charges you and me for any electronic transaction, they do so because they have or are rendering services.
This is totally different from what the E-Levy seeks to do.

Two Examples of how E-Levy will operate:

When you go and get fuel worth 500 Ghana Cedis and you pay with physical cash, you are expected to pay just the amount of 500 Ghana Cedis however when I decide to pay by taking money from my electronic wallet I will have to pay 500 Ghana cedis in addition to the 1.75% tax.
We are getting the same litters of fuel at the same petrol station and yet we are paying different amounts.
This is discriminatory, contrary to the characteristics of a TAX.

Some years ago I was pursuing an academic course outside Ghana and my mode of payment of fees was through banker’s draft. I was introduced to a certain bank where I could pay fees directly without banker’s draft and so I opened a new account with this new bank.

Anytime fee payment was due, I would move money from my original bank to this new bank so to effect the payment.

This is not a strange practice since I know of so many Colleagues and people who are in such a state even as at now.

Mr. President, this proposed E-Levy says in doing this so to pay my school fees, government is taxing me an additional 1.75% of my school fees.

In other words, E-Levy says I should pay tax for paying my school fees.

Now having briefly gone through the E-Levy, may we consider the reasons that are behind it’s proposed introduction:

Mr President this has been given as the number one reason for the introduction of the E-Levy.

Expanding the tax net simply means looking for ways in which those who are supposed to pay tax per the existing taxes, do so.
Currently we have about 17 different taxes, and the failure of leaders to ensure that all those or majority of those who fall within these tax brackets are captured, should not be a reason to introduce an E-Levy which in strict technical terms does not even qualify as a tax.

Ghana’s Economy is in Distress.

Mr. President, currently our debt to GDP as at November 2021 was 357 Billion Ghana Cedis, representing 81% of our GDP.
Ghana indeed is seriously in debt and it is not funny anymore.

The argument then is government need more money hence the introduction of the E-Levy.

But what most fail to realize it that should the implementation of the E-Levy take effect, it is projected that Ghana will raise a revenue of 6.9 Billion Ghana Cedis in the first year, then subsequent year will give us 7.4 Billion Ghana Cedis.

Mr. President, even if we should rely on the E-Levy as the savior of our distressed economy, it simply means that Ghana will need 52 years to recover from its current state.

Appreciating these two reasons as given, it is rather clear that Ghana does not need an E-Levy but rather these important things:

Genuine Protection of the Public Purse.

Expenditure Cut
Our Spiritual Fathers and Mothers of our land, there are so much tax payers’ money that goes to waste through unnecessary government expenditure over the past years. It has been proven that when we as a nation are able to cut down these unnecessary expenditures even by 30%, Ghana shall save about 8 Billion Ghana cedis each year. This is more than what is expected from the E-Levy.

Genuine Protection of the Public Purse.
Mr President, a report by Ghana Integrity Initiative suggests that we lose an approximate amount of 13.5 Billion Ghana Cedis each year to corruption.

Last year, the Auditor General’s report established that 12.8 Billion Ghana Cedis could not be accounted for from the periods 2016 –2020.
These two figures when put together will be equivalent to what the E-levy is estimated to give Ghana in 3 years, yet we keep losing it each year.

Mr. President, Ghana cannot continue to fetch water into a basket and expect that there will be water for use.

CORRUPTION
Countries like Uganda, Kenya and few others have exhibited empirical evidence to the effect that an attempt to put a tax on electronic transaction has always discouraged citizens from enrolling onto the digitization platform.
This should be a concern to us because corruption in general, breeds when a society is cash based instead of a cashless one.
It can comfortably be concluded that the introduction of an E-Levy suggests clearly without any ambiguity in mind that Ghana has given up on the fight against corruption since its acceptance and enforcement would encourage cash transaction instead of cashless transactions.

CONCLUSION
Mr. President, in conclusion;
E-Levy in the taxation world, and acknowledging its current form per the bill in parliament, does not qualify to be called tax, and so its acceptance means we are being forced to accept illegality.

What Ghana needs now is not the introduction of a new tax but a conscious effort to seal the loopholes in our public purse.

What Ghana needs to do is consciously, and as a matter of urgency cut down on both necessary and unnecessary expenditure.

What Ghana need are selfless leaders who are ready to lead the citizens by example. The example of first sacrificing some personal luxuries.

Importantly, Mr. President permit me to strongly add that the main reason why debates are being raised as to why Ghana should not go to the IMF is just because IMF will streamline our unnecessary expenditures and that is what Ghana is uncomfortable with. This is what is referred to as the IMF conditionalities.
It is not anything ambiguous and so anyone who really wish Ghana well as in our current state of economic struggle, should not shy away from any institution that would want us to cut down on unnecessary expenses.

Mr. President, the book of Matthew 5:14-16 reminds us that we are the light of this world. Our position and role is to give direction and illumination. Currently Ghana is at that stage where we need to give it direction and the needed illumination. There are no group of people qualified enough to do this than you, our spiritual fathers and mothers. I pray that the John the Baptist spirit would be felt among us at this stage of our lives as a nation.

I thank you all once again for this opportunity and Crusaders Against Corruption Ghana look forward to collaborating with Ghana Pentecostal and Charismatic Council as we help build a better country to the glory of God.