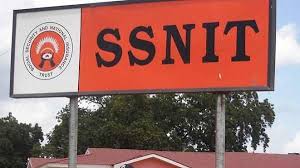 The top ten highest paid pensioners in Ghana receive between GHC142,567.90 to Ghc42,187.83 every month whilst the lowest on the scheme receive between GHC300 and above, the Social Security and National Insurance Trust (SSNIT) has disclosed.

The Social Security and National Insurance Trust (SSNIT or the Trust) is a statutory public institution charged under the National Pensions Act, 2008 (Act 766 as amended by Act 883) with the administration of Ghana’s Basic National Social Security Scheme.

Its mandate is to cater for the First-Tier of the Three-Tier Pension Scheme. Currently, the Trust is the largest non-bank financial institution in Ghana.

Addressing a stakeholders engagement organized by SSNIT in collaboration with Trades Union Congress, TUC, in Koforidua, the Chief Actuary of SSNIT, Mr Joseph Poku indicated, that there are 1.7 million active contributors on SSNIT out of 11.5 million estimated workforce in the country.

Sadly 25% of current contributors on the SSNIT Scheme pay monthly contributions of GHS 55 or less meaning their basic salaries are Ghc500 or less hence would earn Ghc300 monthly pension pay if their salaries remain the same.

Joseph Poku explained that pensions are a direct reflection of the basic salaries on which contributions are paid, therefore the higher the salary on which members contribute, the higher the pension.

The Chief Actuary of SSNIT also added that the longer the period of contribution, the higher the pension earned, therefore members who contribute for 35 years and above earn the maximum pension right of 60%.

He described the Scheme as generous and argued that, even though workers contribute 11% of their basic salaries, the Scheme guarantees Members up to 60% of the average of the three years’ best salaries and pays them a pension for life with annual increments.

Comparatively, he showed that what Pensioners are receiving is better than what they would have received if they had invested their contributions in the 91-Day Treasury Bills.

“For Pensioners who have been on the Pension Payroll for 20 years, they have received more than five times what they would have received from Treasury Bills”.

The Chief Actuary encouraged participants to focus on the value the SSNIT Scheme offers and contribute to their correct salaries to enjoy enhanced pensions.

Deputy General Secretary of Trades Union Congress, Joshua Ansah said pension benefits for many public sector workers are not encouraging due to poor salaries being paid by the government therefore the need to demand better salaries to guarantee better pensions in future hence the relentless resolve by organized labour to demand 20% cost of living allowance.

In this article:– SSNIT,Highest pensioner receives GH¢142k,lowest gets GH¢300 monthly