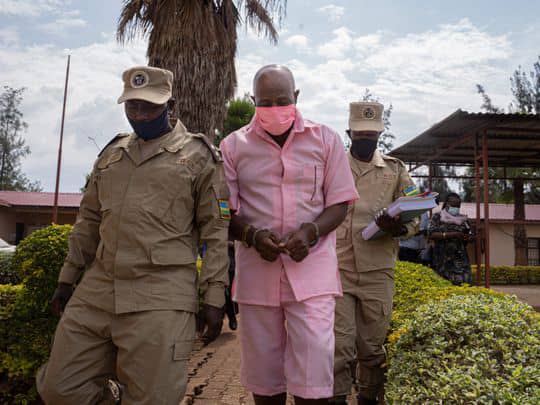 Paul Rusesabagina – a one-time hotel Manager reffered to as a hero in a Hollywood movie about the nation’s 1994 genocide, was found guilty of involvement in a gang engaged in “terrorist” attacks and sentenced to 25 years imprisonment by a Rwandan court.

Rusesabagina failed to show up at the Monday’s judgement after insisting he expected no justice in a adjudication he referred to as a “sham”.

Paul Rusesabagina, 67, was picked up last year up returning from Dubai after what he called kidnapping by authorities Rwanda.

Veciferous government critique Rusesabagina was described as a hero for saving lives in a Hollywood movie on the 1994 genocide.