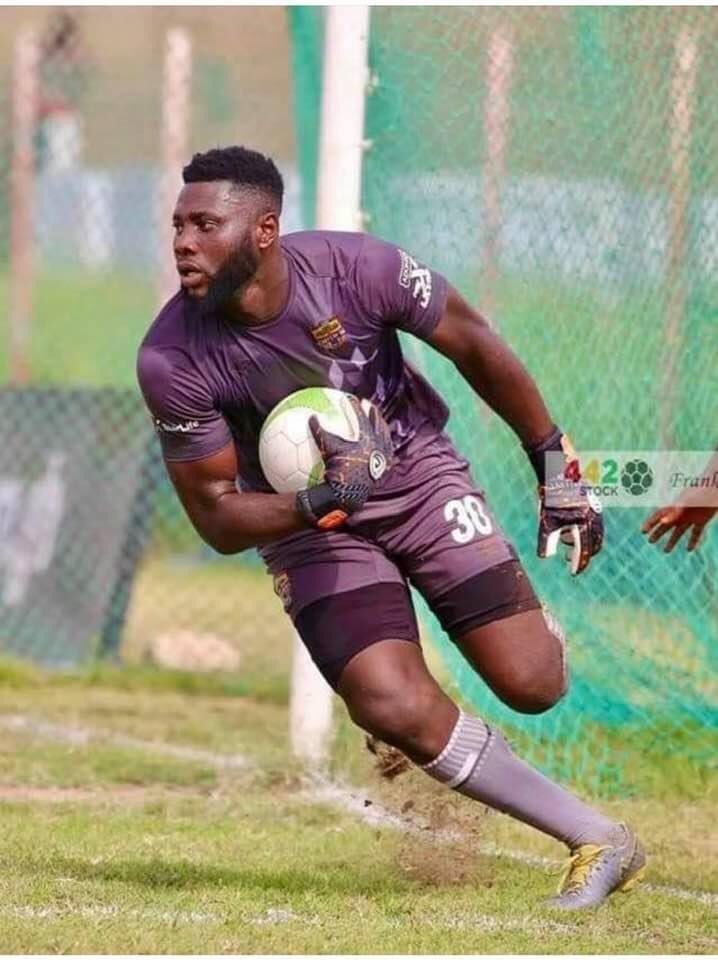 “I lost foreign deal because of match-fixing rumour”- Hearts Goalkeeper

Hearts of Oak and Black Star Goalkeeper, Richard Atta has disclosed in an interview that a foreign club that earlier shown interest in him, turned their attention elsewhere because of the match-fixing allegation that rocked Ghana Premier League in the just-ended season.

There were rumours of team officials in the GPL fixing matches and placing bets on them, which became almost obvious at the tail end of the season.

The most talked-about which has also pushed Ghana Football Association(GFA) to begin investigation is the the last match of the season between Obuasi AshGold and relegated side Inter Allies. Inter Allies lost by 7-0 with a player coming from the bench and scoring two own goals which nearly marred the beauty of the league.

Richard Atta, who is in scintillating form helped Hearts to win the league for the first time in 12years, has broken silence on how the match-fixing claim led to the loss of a foreign contract.

In an interview with Saddick Adams on Angel FM’s Floodlight Sports, Attah says, “Getting to the end of the season, I had an offer from a top African club. We started talking but they later called off the deal. Initially, I didn’t understand but later the club explained that because of the betting and match-fixing issues that happened in the Ghana League, they didn’t trust the league. That issue was the reason the deal was called off”.

Meanwhile, Attah’s splendid performance has earned him a call-up to the Black Star for the upcoming World Cup qualifiers.