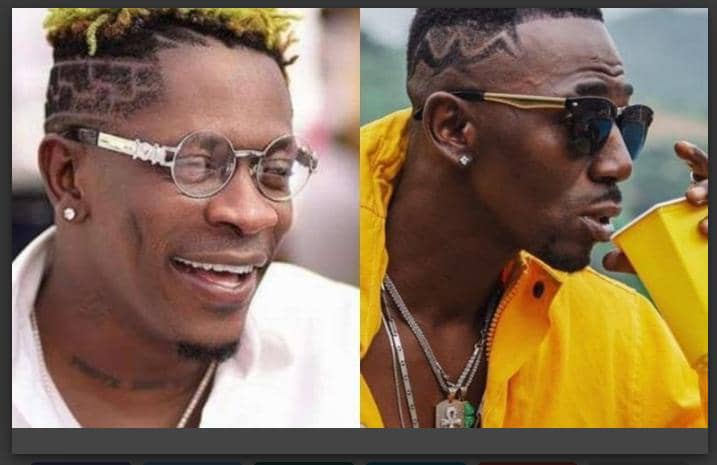 African Dancehall King Shatta Wale has caused a stir on social media with a post revealing his love for former SM militant member Joint 77 no matter what and also urging him to focus on whatever he is doing.

Shatta had individuals he works with in the SM empire and calls them SM militants including Joint 77 his long-time friend but had a rift. Together with the Militants they recorded some singles that made waves in Ghana including “Taking Over” which got many talking.

Shockingly, Shatta in one of his Facebook lives, announced that, he has disbanded the SM militants and sack two of them because they allegedly said unpleasant things behind him.

This generated a media war between the SM Boss Shatta Wale and some of the sacked militants especially Joint 77.

Shatta who appears to be excited about how his ex-militants are doing in the music industry months after they left the SM Empire posted on Facebook that, he still loves Joint 77 no matter what happens and all he wants from him is to focus on what he is doing.

“No matter what, I still love Joint 77, just focus that all I want from you. Do your thing”.

Meanwhile, the SM Boss is busily working hard towards his upcoming album God Of Gift ( GOG) which is likely to get international recognition because of the International artists who are been featured.