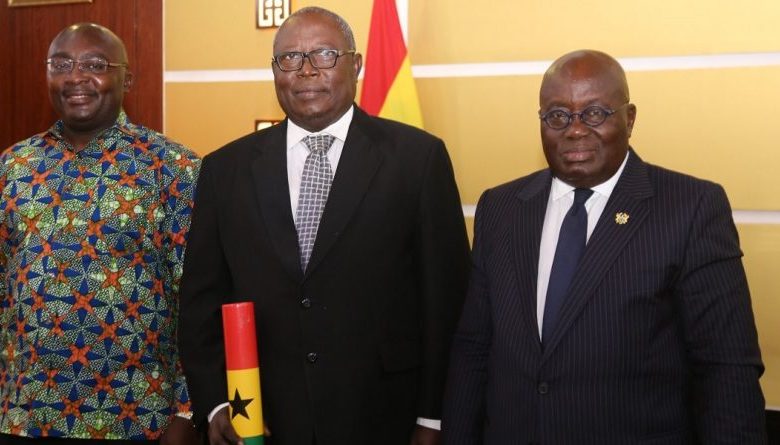 Special Prosecutor Nominee Kissi Agyabeng has revealed that he was not involved in the controversial Agyapa Royalties Deal referred to by his predecessor Martin Amidu and many as the most corrupt of all deals since independence.

According to him, he intends to engage investigative journalists to fight against corruption and remains independent in the delivery of his responsibilities.

Speaking during his appearance at the Vetting Committee of Parliament, Mr. Agyebeng said “Whoever says I was involved in the Agyapa Deal does not know me. I have my law firm I manage and had duties to perform, not Agyapa”.

Mr. Agyabeng noted that “I will be independent in the discharge of my duties. I’ve the support of President Akuffo-Addo to lead the corruption fight as a SP.”.

“I’m going to make corruption costly to engage in. The office has the mandate to investigate, confiscate state property illegally at the hands of wrong persons and prosecute when a Prima facie case is established”, he said.

Special Prosecutor Nominee Kissi Agyabeng is making a strong case for introduction of a periodic systemic review of the work of Ministries, Department and Agencies under Office of the Special Prosecutor to fight and minimise corruption related offences.

According to Lawyer Agyebeng, the said systemic reviews known as “Pressure for progress”, will be instituted under his regime as Special Prosecutor to conduct ratings of public servants to publish Corruption index.

Taking his turn at the Vetting Committee of Parliament on Thursday 22 July 2021 in Accra, the University of Ghana School of Law Criminal Law Lecturer Kissi Agyebeng said “I’m going to institute what I called “Pressure for Progress” to systemically review and rate Ministries, Department and Agencies (MDAs ) to determine the integrity of public and government agencies”.

“Why can’t we come up with our own corruption index to assess public servants”, he said.