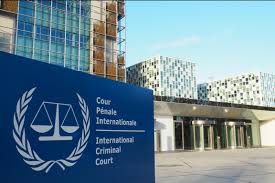 On 10 February 2022, the Chamber constituted to decide on the request for compensation presented by Mr Charles Blé Goudé pursuant to article 85(3) of the Rome Statute of the International Criminal Court (“ICC” or “Court”) issued its decision rejecting this request. The Article 85 Chamber (“Chamber”) is composed of ICC Judges Reine Alapini-Gansou, Presiding Judge, Joanna Korner and Sergio Gerardo Ugalde Godínez.

Following the confirmation on 31 March 2021 by the majority of ICC Appeals Chamber of the acquittal decision, issued by majority of Trial Chamber I on 15 January 2019, Mr Blé Goudé filed a request for compensation before the Presidency which, on 14 September 2021, constituted the Article 85 Chamber, designating it to consider the request. In addition to the written submissions, the Chamber held a hearing, on 16 December 2021, to receive further submissions.

The Chamber recalled that according to article 85 of the Statute the Court may in its discretion award compensation “[i]n exceptional circumstances, where the Court finds conclusive facts showing that there has been a grave and manifest miscarriage of justice”. The Chamber considered that Article 85(3) should not be interpreted as providing a right to compensation in all cases resulting in an acquittal and that a ‘failed’ prosecution does not necessarily mean that the prosecution was ‘wrongful’, irrespective of whether the accused spent time in detention. To consider that “a grave and manifest miscarriage of justice” took place there must be concrete evidence of a violation so serious and exceptional resulting in the proper administration of justice being compromised.

The Chamber examined the stages during which the Prosecution allegedly failed to act with due diligence. At each stage of the proceedings a chamber had oversight over the process and the actions of the Prosecution were scrutinised. The fair trial rights of Mr Blé Goudé were thus safeguarded during the criminal proceedings against, rather than impeded upon. The Chamber concluded that that the Prosecution’s actions do not rise to the level of a wrongful prosecution and no other form of a grave and manifest miscarriage of justice has been shown to have taken place. The request M. Blé Goudé was therefore dismissed.