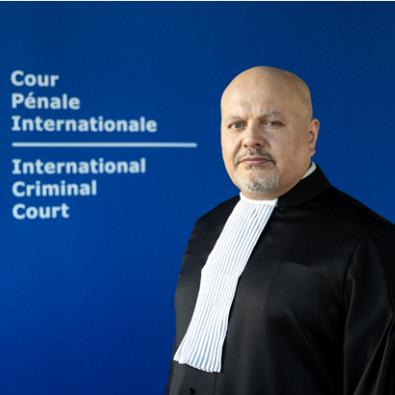 ICC Prosecutor Karim A. A. Khan QC concludes investigation is not warranted after preliminary examination of the situation in Bolivia

ICC Prosecutor, Mr. Karim A. A. Khan QC, has concluded preliminary examination of the situation in Bolivia and determined that an investigation is not warranted.

Read the statement by ICC Prosecutor, Mr. Karim A. A. Khan QC:

Today, I wish to announce the completion of the preliminary examination into the Situation in the Plurinational State of Bolivia (“Bolivia”). After a thorough and independent assessment of the information available to my Office, I have determined that the criteria set out in the Rome Statute for opening an investigation have not been met.

The Situation in Bolivia was referred to my Office by the Government of Bolivia on 4 September 2020. In the Referral, it was alleged that during the course of nationwide road blockades held for several days in August 2020, those involved in the blockades deliberately impeded the Bolivian population’s access to vital medical supplies and services. It is alleged that this caused the deaths of over 40 individuals in need of medical oxygen and/or access to hospital care due to Covid-19 and inflicted serious physical and/or mental harm on such persons as well as the rest of Bolivian population more generally. In the Referral, it is alleged that such conduct amounts to the crimes against humanity of murder under article 7(1)(a) and other inhumane acts under article 7(1)(k) of the Rome Statute. Moreover, it is alleged that the organisers and participants in the blockades – through their acts – deliberately targeted the Bolivian population with the purpose of inflicting death, intimidation and suffering in order to achieve their political demands.

Following the preliminary examination process, I have determined that there is not a reasonable basis to believe that alleged crimes within the jurisdiction of the International Criminal Court (“ICC” or the “Court”) have been committed. In particular, I have concluded that the alleged conduct does not satisfy the contextual elements for crimes against humanity. Namely, the information available does not provide a reasonable basis to believe that the alleged acts of the organisers and participants of the blockades – even if established – would amount to a campaign directed against the civilian population of Bolivia pursuant to or in furtherance of an organisational policy, as to qualify as an attack within the meaning and scope of article 7 of the Statute. Moreover, I have determined that the alleged acts attributed to the persons involved the blockades would not constitute any relevant offences under article 7(1) of the Statute.

In accordance with my mandate, my role is not to pass judgment on the political context in which the alleged incidents occurred, but to determine – through an independent, impartial and objective assessment – whether they constitute Rome Statute crimes. For the reasons set out in my detailed report, I have concluded they do not. This conclusion was reached as part of the legal filtering function of the preliminary examination process, and therefore should not be seen as taking a position on any of the events or dynamics concerning the alleged incidents or on the experience that the people of Bolivia had of those events.

My decision may be subjected to judicial review by Pre-Trial Chamber I of the Court at the request of the referring State. It may also be reconsidered by my Office on the basis of new facts or information. The Office’s findings are also without prejudice to a State’s duty to provide any effective remedy that may be warranted under the circumstances to affected persons under national or international law more generally.

In this article:after preliminary examination of the situation in Bolivia,concludes investigation is not warranted,ICC Prosecutor,Mr. Karim A. A. Khan QC