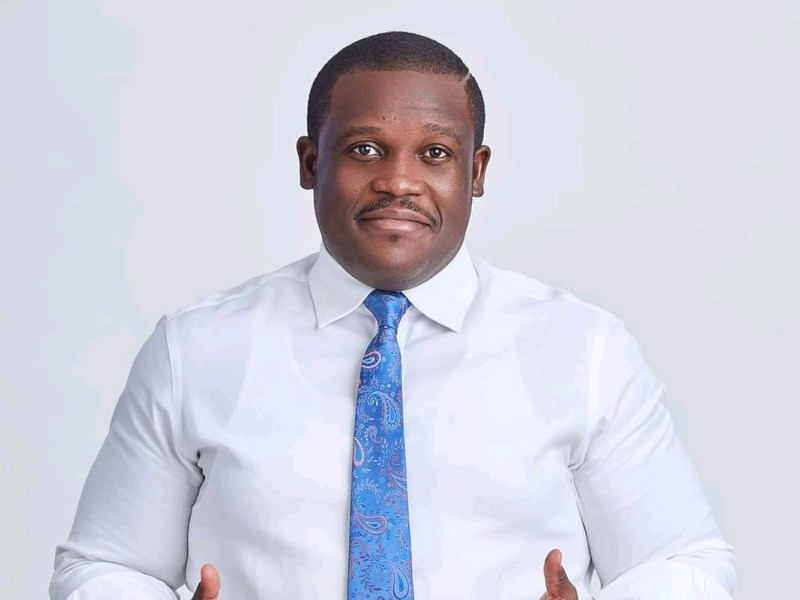 ‘If politics is all about popularity, Sam George qualifies to be 2024 NDC flagbearer’-Gabby

Founder of Danquah Institute, a policy Think Tank of governing NPP Gabby Asare Otchere-Darko has lauded Ningo Prampram MP Sam Nartey George for demonstrating knowledge in the most contentious interview conducted by CCN Journalist on the anti-LGBTQ Bill seeking to criminalise homosexuality- gayism and lesbianism including advocacy currently before Parliament.

In his immediate reaction to the interview, Gabby said “If politics is about a political approach that strives on appeal to ordinary voters who feel that their concerns are disregarded by established elite groups, then Sam Nartey George is the best candidate to lead the opposition National Democratic Congress (NDC) in a general election”.

Gabby described the Ningo Prampram Lawmaker as “a young, articulate and extremely popular man in the country”.

“If politics is all about populism & popularity then I have fantastic news for the NDC: they have found their next presidential candidate & he is the MP for Ningo Prampram #SamGeorge. Young, articulate, driven, bold, & extremely popular. The main sponsor of the anti-LGBTQI Bill”, Gabby tweeted.

Ghanaian Member of Parliament for Ningo-Prampram, Hon. Samuel Nartey George has been getting heaps of gestures of recognition from Ghanaians via web-based media after his controversial interview with CNN’s Larry Madowo on live TV.

In what is by all accounts an endeavour by the Kenyan-conceived CNN Journalist to stifle Sam George with his own Bill, the interview blew up as the Prapram Legislator has been commended by numerous Ghanaians after the interview for remaining steadfast to shield the way of life and upsides of Ghanaians.

Certain individuals additionally accepted that the CNN correspondent was not good to conduct the interview as a result of his powerlessness to exhibit appropriate information about the subject he was tackling with Hon. Sam George on.

Then again, Hon Sam George supported his argumentst with well-informed data on the LGBTQ+ subject.

As indicated by the CNN Journalist, his interview with Hon. Sam George was the most contentious one he has at any time ever on live TV

This is one of the most contentious interviews I’ve ever done on live TV. I asked a Ghanaian MP pushing an anti-LGBT bill why he wants to legalize hate & homophobia.

A “Tweep” from Kenya also joined the discussion by expressing his love for the line of argument Hon. Sam George has taken.

“I envy Ghana. They seem to have gotten their house in order, and Kenya should copy and paste that law. Well done Sam George,” he stated.

I envy Ghana. They seem to have gotten their house in order, and Kenya should copy and paste that law. Well done Sam George 👏 👏👏 https://t.co/8VC17Wj13O

Below are some reactions from Ghanaians on social media;

— PRESIDER (@iam_presider) October 8, 2021
Because of this LGBT bill,my man Sam George has turn to a doctor,a pastor and cultural leader 😂😂😂
Dzata is prepared ankasa

— Kwaku O.🇬🇭 (@kwakurafiki2) October 8, 2021
That interview says a lot about how prepared Sam George was and how unprepared Larry was. You can win just about any debate (no matter who’s actually right) if you’re well prepared and confident enough.

I’m a law maker, I don’t deal with abstracts, I deal with specifics

If we shouldn’t discuss the United States, don’t impose US values on us

Such an intelligent man 💯🦁

— Don (@Opresii) October 9, 2021
CNN’s Larry madowo fumbles as he allows sentiments take over his line of questioning during and an interview with ghanaian politician, sam george

In this article:'If politics is all about popularity,2024 NDC flagbearer'-,Gabby,Sam George qualifies to be