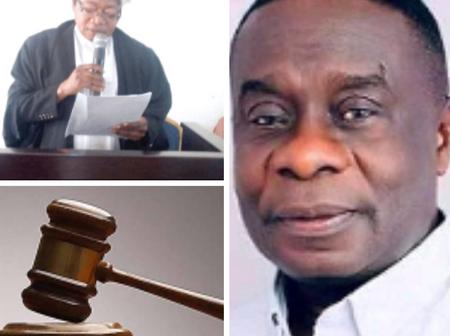 Ousted Assin North Member of Parliament James Gyakye Quayson has confidently showed up at parliament today despite Cape Coast Court order to stop him from holding himself as the legitimate MP for the constituency.

According to Gyakye Quayson who insists he remains the legitimate MP for Assin North after filing Appeal and stay of execution, said he reported at parliament because he has a duty as a member of the Privileges Committee to question Kennedy Agyapong on contempt charges levelled against him by Alhassan Suhuyini.

Speaking in an interview monitored by African Editors on Friday 6 August 2021 upon appearance at parliament in Accra, the embattled Assin North Lawmaker insists “I’m still a Member of Parliament based on the legal processes I have engaged in. Being an MP, I qualified to sit on the the Committee, the comments is the extension of parliament, so it would be very ridiculous for anybody to suggest that I’m unable to sit on the committee. May be the interpretation of the law is a problem for some people”.

But, Chairman of the Privileges Committee Joseph Osei Owusu said “The committee has not been able to serve Kennedy Agyapong before his latest travel outside Ghana but will do so upon his arrival”.

Meanwhile, Applicant in dual citizenship case that led to annulment of Assin North results of 2020 election Michael Nimfah has filed entry of judgement to enable him serve Mr. Quayson to enforce the verdict.

It is important to anchor the point that James Gyakye Quayson has not been served nine days after the Cape Coast Court canceled and ordered for re-run of polls in Assin North.

It has emerged that Assin Central Member of Parliament Kennedy Agyapong failed to show up for questioning by Privileges Committee of Parliament tasked by the Speaker to probe alleged contempt case against him.

Parliament is rising today for a short break.