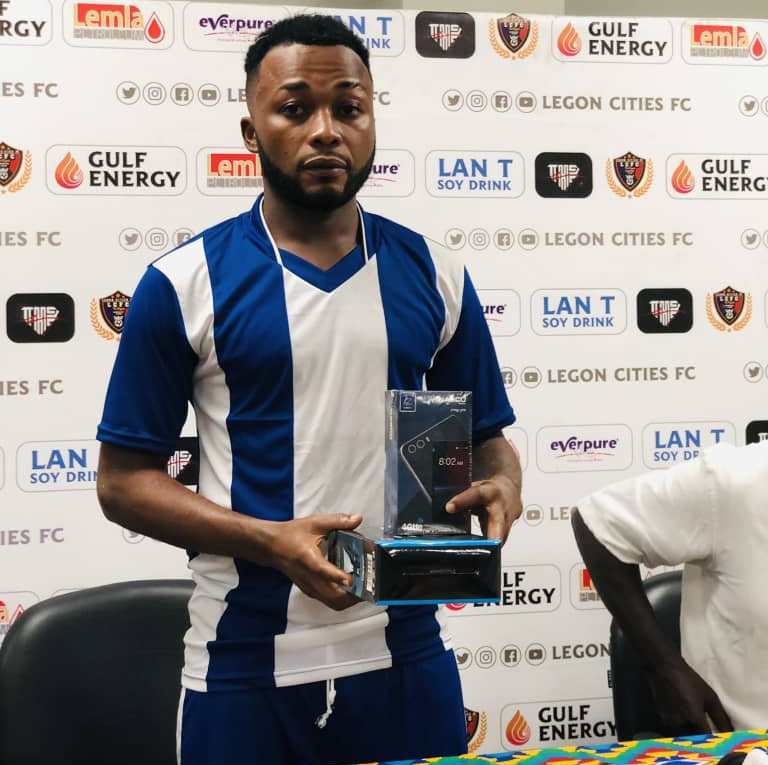 It is time to move on- Gladson Awako tells Olympics

Speaking to Asempa Sports Host, Kojo Mensah Moshosho monitored by African Editors on 28 July 2021 in Accra, Awako revealed that he had received juicy offers both locally and internationally.

According to the former Ghana youth international, Bosman ruling allows him to speak to any club since he has less than six months left in his current contract with Accra Great Olympics.

Gladson Awako signed a short-term contract with Olympics as free agent to relaunch his carrier after staying off the pitch for about one and half year without active football.

The former FIFA U-20 World Cup Winner took the 2020/2021 Ghana Premier League by storm in the early stages of the season which earned him a number of man of the match awards. His hard work on the pitch was also recognised by the senior national team coaches.

The Great Olympics’ Midfield Kingpin is remous to been on the wish list of GPL champions Accra Hearts of Oak and FA cup semifinalist Medeama Sporting Club.