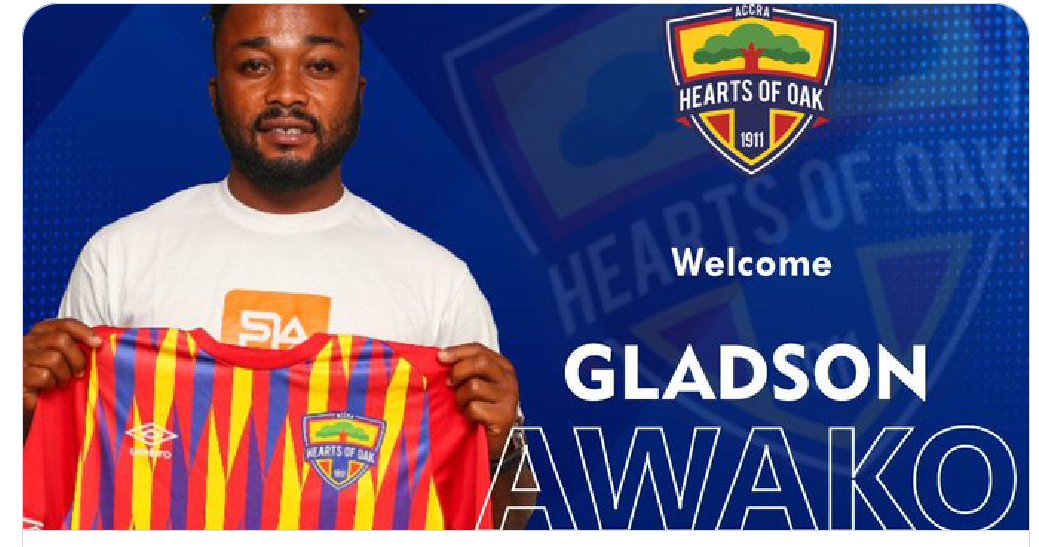 Head of Citi Sports Desk, Fentuo Tahiru Fentuo has thrown more light on the happenings between Accra Hearts of Oak and Gladson Awako by stating that, it’s only the club and the player who can mutually terminate their existing contract not any third party.

Accra Great Olympics Chief Executive Officer, Oluboi Commodore has granted an interview and said Gladson Awako is no more Hearts of Oak player due to the breached of contractual agreement between them.

He started that, before Awako joined Hearts, they agreed on a payment plan which was in two trenches.

They made 50% of the fee in the first trench, and were supposed to make the second trench before 2nd October, 2021.

Failure to oblige to that means Awako will return to Olympics and the money will not be refunded.

Hearts hasn’t fulfilled their part of the agreement according to Oluboi, therefore, Awako is no more their player and their 50,000 cedis they paid in the first trench has vanished in the thin air.

But there is a new twist to that, a well respected sports Journalist and the head of Citi sports took to Twitter to educate Ghanaians and the football administrator about the FIFA rules in such cases.

He stressed that there is no such thing in FIFA rules and it’s only Hearts of Oak or Awako who could mutually agreed terminate their existing contract.

Meanwhile, Gladson Awako is yet to kick a ball for the Phobian due to injury and illness.