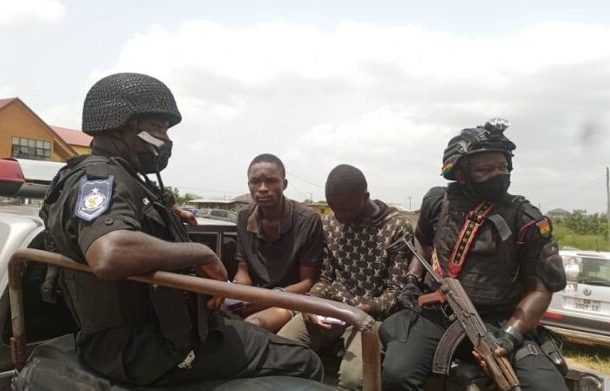 But it is the revelation by Felix Nyarko that the two have in the past killed a pregnant woman which shocked everyone in court.

Two teens accused of allegedly killing an 11-year old for ritual purposes in Kasoa, have been committed to trail by a kKaneshie Magistrate Court.

The court presided over my Rosemond Dodua Agyiri committed the two upon hearing their testimony on court.

The two Nicholas Kini (19) and a jevunile Felix Nyarko (16) gave contradictory testimonies in the court.

While Felix Nyarko told the court he consipired with Nicholas Kini to kill the 11 year old for rituals, Nicholas denied the claim in his testimony.

Felix Nyarko who broke down in tears during his testimony, also revealed he and Nicholas Kini have in the past killed a pregnant woman for a similar purpose, to back his claim that the two have been involved in this.

The revelation shocked the entire courtroom leaving some persons including journalists in tears.

The testimonies followed presentation of exhibits to the court, by the senior state attorney Nana Adomaa Osei, which the state hopes to rely on for the trail.

The senior state attorney presented nineteen exhibits including a shovel, a spade, a club and other exhibits to the court.

The two have since been committed to trial at the high court to begin on September 20, 2021.