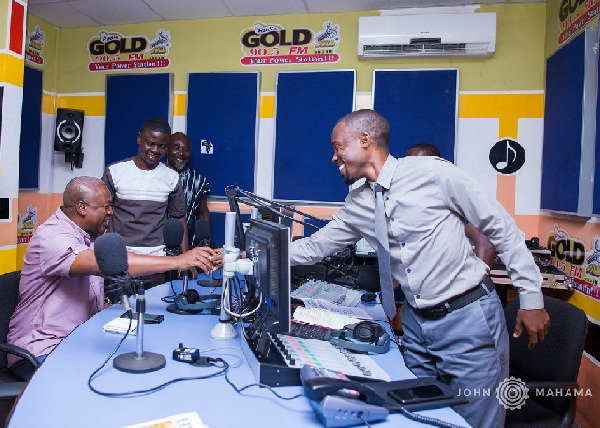 Ex-President John Mahama has presented GHC100,000 to the book runners of Radio Gold to resume operations after the National Communications Authority gave back its revoked licenses.

The gesture was apparently given over to the book runners of the station on Wednesday, November 5, 2021.

On October 12, the NCA reported the reclamation of the radio telecom approvals to Radio Gold, XYZ, and 131 others.

The permit of NDC-partnered Radio Gold and Radio XYZ were disavowed over their refusal to pay working permit expenses and termination of their licenses, a situation many described as unfortunate censorship since Ghana’s transition from dictatorial regime to demoncratic experiment, hitherto served as a shining example to West African sub-region.

It said temporary authorisations will be given to the effective candidates toward the finishing of the studio and frequencies will be alloted to the candidates just upon the satisfaction of the states of the Provisional Authorisation.