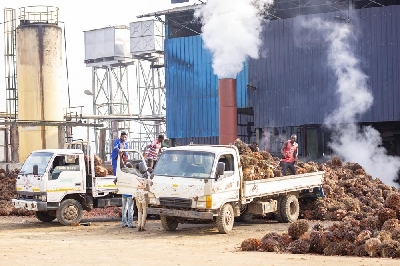 Three employees of Juaben Oil Mills Limited within the Ashanti region have lost their lives after a tank that supplies hot water for operations exploded Tuesday.

Three others sustained various degrees of injuries but have been admitted at hospital for treatment. The unfortunate incident occurred on Tuesday, 5 October 2021.

Speaking on the development, the Assembly Member for the area, Ransford Osei revealed ” the three who died were part of the four rushed to the Komfo Anokye Teaching Hospital for medical treatment, up the incident.

He noted that, the deceased are all males including a Tanzanian.

According to Osei, “Others who sustained injuries are receiving treatment at the Juaben Government Hospital.

In this article:3 others injured,Juaben Oil Mills accident: 3 dead