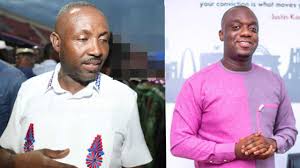 He lost to Justin Frimpong Koduah, also known as JFK in a high competitive election conducted in Accra-Ghana, characterised by allegations of vote buying.

The Legal practitioner polled 2,857 votes to beat John Boadu who garnered 2,524 votes out of the total 5,556 votes cast.

Mr. Justin Frimpong Kodua will serve as the General Secretary of the party for the next four years.

In 2020, he also served as the Chairman of the Strategic Communications Committee of the NPP in Ashanti Region for the general elections.