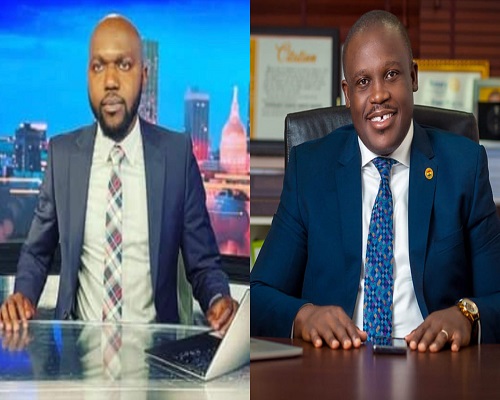 A few Kenyans have taken to web-based media, especially Twitter, to express their anger on Larry Madowo, their kindred Kenyan writer who works with Cable News Network (CNN) for his support for LGBTQI+ position during his new contentious interview with Ghanaian Lawmaker Sam George, the lead sponsor of an Anti-gay Bill in Ghana.

The bill known as Promotion of Proper Human Sexual Rights and Ghanaian Family Values Bill 2021, was introduced to parliament by seven lawmakers seeking to criminalise homosexuality- gayism and lesbianism and advocates of same.

The furious Kenyans have cautioned Mr. Madowo against presenting himself as a Ghanaian once more.

“Few out of every odd MP is Baba Yao or Oscar Sudi… next time do ur historical verifications well. The Ghanian MP demonstrated excessively savvy for u. … ..once more, at whatever point ur talking about such interesting and unlawful issues, generously don’t present yourself as a Kenyan. Simply say ur name and go on,” a Kenyan online media user posted.

“That is valid brother. Larry is unsuitable for n ought to disassociate with Kenya when discussing such crude culture,” one more remarked.

Sam George, who is the Member of Parlisment for the Ningo-Prampram Constituency in the Greater Accra Region of Ghana, turned into the toast of online media after he took Mr. Madowo to the cleanest during a live CNN interview while guarding his anti-gay Bill currently before Parliament be of

In addition to other things, the Ghanaian official let Mr. Madowo know that he was oblivious to the bill and furthermore asked naysayer inquiries.