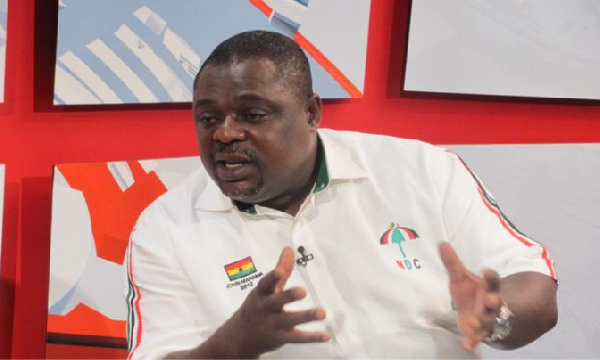 Political Science Lecturer at Kwame Nkrumah University of Science and Technology Dr. Richard Amoako Baah has jumped into the defense of the dismissed former Deputy General Secretary of the NDC Samuel Koku Anyidoho accusing both NPP and biggest opposition party NDC of being overly intolerant to constructive critics.

Koku Anyidoho was booted out of the NDC over indiscipline, gross misconduct, anti-party behaviour and deliberate refusal to show up after he was summoned the party’s Disciplinary Committee.

According to the Political Scientist , the phenomenon where the NDC and NPP are more often than not in a hurry to show critics within the political party the exit is undemocratic, unacceptable and must stop.

Speaking in an interview monitored by African Editors on Wednesday 28 July 2021in Accra, the former NPP Chair Aspirant Dr. Amoako Baah said “It’s because he spoke against Mahama and Asiedu Nketia”

Dr. Amoako Baah noted that “Are we saying there are no experienced people in both the NPP and NDC to call such constructive critics and resolve issues? A Political party is not a private entity. It’s about votes and numbers. I can become NDC member in future”.